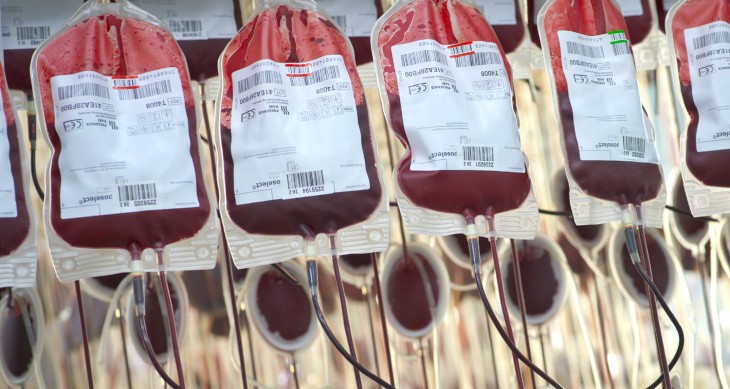 Around 30,000 people in the UK are diagnosed with blood cancers like leukaemia, lymphoma and myeloma every year.

The site acts as a platform for people to challenge their friends to do something, say, write a book or make something amazing, and then raise cash to help beat blood cancer through the charity.

Pledgeit has been built in-house over six months by the charity. The hope is that by opening up the types of fund-raising activities and centralising them in one place, those who want to get involved will find it a whole lot easier.

By crowdfunding activities, people can donate as much or as little as they like and people who want to get involved but are not sure what to do can draw inspiration from others.

Once a challenge has been set people can make pledges via social media. Those who get through their challenge are dubbed ‘Plegends’ and the money of course goes to the charity. No money is taken until an activity has been completed.

Because the site is linked to Facebook, friends can use the social network to challenge others to do interesting things to raise money. That said, if someone is sent a challenge they really don’t like, the associated page on Pledgeit can be taken down at any time.

Cathy Gilman, chief executive of Leukaemia & Lymphoma Research notes that asking people for money during tricky economic times is not easy and so being creative is especially important. She said:

“The financial environment for fundraising has never been more challenging. Our response at Leukaemia & Lymphoma Research is to focus even more resource on creativity and innovation to inspire and engage people to in raising the money we need in ways that are relevant and enjoyable for them. We believe that Pledgeit will be lots of fun but will also make a vital contribution to saving lives.”

As the site evolves, there are plans to make it work with different currencies, so people can support each other around the world.

Leukaemia & Lymphoma Research doesn’t receive government funding and it needs to raise around £120 million to continue its work.

Given so many of us spend time online and on Facebook, having a fresh approach and daring others to do something fun to raise money is a pretty smart way for the charity to get the ball rolling toward its fundraising goal.

Read next: Google reportedly gearing up to launch its own, 12.85-inch Chrome OS touch notebook in Q1 2013