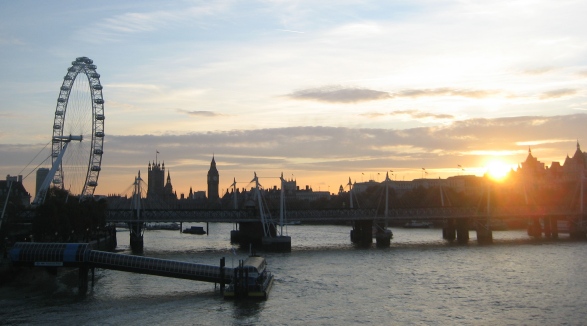 DisabledGo has been consulting with disabled people for more than a decade to produce access guides to venues around the UK. And now it has launched an iPhone app dedicated to the UK capital, giving tourists and locals access information to over 20,000 venues throughout the city.

My DisabledGo London launched this week, and the data is pulled directly from its existing website. Each venue has been visited and assessed in person.

The website was founded by Dr. Gregory Burke, who’s also the Chief Executive, as a direct result of the barriers he faced as a wheelchair-user. The organisation’s mission is “to collect the information disabled people need” and only include places it has personally assessed.

“We are really excited to be launching this App,” says Burke. “It has been developed completely in-house using feedback from disabled people. People who use our website told us it would be great to have the same comprehensive service on the move, and that’s what we’ve delivered, it will be great to hear what people think.”

It’s pretty easy to use – when you first access the app, it will ask your permission to tap your location via GPS. You can decline, however, and use a postcode search too.

Within each category, it lists relevant venues by distance from your location, and when you click on each option, you’re given the full address, post-code, map and – crucially – an overview of the accessibility options at each venue.

This app falls hot on the heels of another similar app which was launched earlier this year. The Ldn Access app was created by Daniel Biddle, a survivor of the London 7/7 bombings who lost both his legs, spleen and left eye in one of the blasts.

His app costs £1.49, and details step-free access, ramps and usable toilet facilities at thousands of venues around the city, and Biddle says he created it after finding that his wheelchair had made many venues become inaccessible.

The My DisabledGo London app is free, and is based on feedback from over 100 involvement events held in 2011. It was developed in partnership with twenty London Boroughs.

Read next: Tel Aviv startup Rounds launches a platform for Israelis and Iranians to connect on Facebook