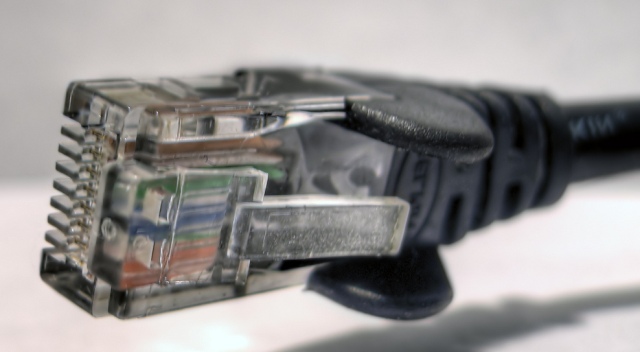 Google was summoned to the stand today, as part of the public inquiry looking at the culture and ethics of the British media.

On 13 July, Prime Minister David Cameron appointed Lord Justice Leveson to Chair the inquiry, with a remit to look into the more specific claims surrounding the News of the World phone-hacking fiasco, with a second inquiry reviewing the general culture and ethics of the UK media.

Just to recap, back in July 2011 Rupert Murdoch killed off his flagship Sunday tabloid The News of the World, abruptly ending a 168-year legacy that had seen the newspaper cover everything from the Boer War and the sinking of the Titanic, to man walking on the moon and, well, a hell of a lot of celebrity gossip stories if truth be told.

Whilst it was a bit of a sorry end for the paper, it was indicative of the crimes for which it stood accused. There was no way back for the publication when news emerged that it had hacked into missing teenager Milly Dowler’s mobile phone’s answer machine, and the whole episode kick-started a public inquiry into the way UK-based media organizations conduct themselves.

David-John Collins, head of corporate communications and public affairs for Google’s EMEA division, was accompanied by Daphne Keller, legal director and associate general counsel for Google, to answer questions relating to its privacy and take-down policies.

The well-crafted and rehearsed responses typically did answer the questions they were presented with, but nothing particularly new emerged in terms for Google’s practices or policies.

Referring to a quote attributed to Google’s Executive Chairman Eric Schmidt which went roughly as: “If there’s something you don’t want people to know, you shouldn’t be doing it in the first place,” Collins clarified that this wasn’t representative of Google’s overall philosophy, noting that what Schmidt was saying that if you share something online, you’re sharing it with the world.

Google is not the Internet

On more than a few occasions, Collins and Keller were quick to make it clear that Google is not the Internet. Tell us something we don’t know, right?

However, that is an important distinction to make and one that many people struggle to make. Google is not a publisher, it’s a content aggregator and host, and it can’t do anything to control what content is posted on third-party websites, merely adjust which ones show up on its search engine.

With specific reference to YouTube, Keller said that Google is merely hosts, “we’re not publishing any of the content,” she said.

When asked about a report from Privacy International dating back to 2007 that said Google ranked worst for privacy out of all Web companies, Collins said:

“I think their view would be very different now. We’ve always taken privacy seriously, the trust we have with our users is very important. Over time our privacy model has developed, and this plays out in engineering product design. This has improved over time.”

With reference to Google’s new privacy policy which was unveiled this week, the Google duo were asked what consultation there had been with the UK. “We talked to the ICO beforehand, as well as other privacy advocates,” said Collins. “We’ll have an ongoing, regular dialogue the rest of the year. It’s not just a legal obligation, we want the benefit of the collective wisdom. We don’t hold all the wisdom.

“Part of the feedback we received was that we had too many privacy polices, 70 covering different products,” he continued. “They were each accurate and useful, but with so many of them it confused people. So we took all that feedback on board to create one. We take privacy very seriously.”

A key issue to emerge was the distinction between Google’s .co.uk and .com domains. Whilst Keller stressed that Google adheres to UK laws for content that shows up on its .co.uk website – regardless of where the content is actually held – it was pointed out that if defamatory or other ‘unwanted’ content was to ‘disappear’ from Google’s UK search index, it would still appear on its .com domain, “assuming it doesn’t contravene US law.”

However, the pair were caught slightly flat-footed when asked about Blogger.com, its popular blogging platform. It has a single domain – not regional in-country versions. So which jurisdiction does that fall under – US? In fact, Keller didn’t seem entirely sure of Google position on this and promised to get back to the inquiry afterwards with a full answer.

When asked by the inquiry how someone can get content removed from its search results, Keller added.

“Google is not the Internet. What we describe isn’t a way to make a website com down. The content from these third party sites, we can’t control.”

Between them, the pair from Google explained various processes to get content removed from its search engine, covering how webmasters can prevent content from appearing in the first place, and cache removal tools if content needs to be removed quickly, subsequent to it being published.

As for what individuals can do if something defamatory is written about them on third-party websites and it’s spreading quickly across the Web, Keller added: “We are not in a good position to look at every URL containing a defamation story,” but noted that there are take-down policies in place and it can take a couple of days for a request to be actioned.

Max Mosley, former president of the Fédération Internationale de l’Automobile (FIA), had been battling the News of the World newspaper following coverage of his sexual activity with prostitutes in the now-defunct newspaper back in 2008.

Google was asked about the video, which Mosley is attempting to have removed from the Web. Keller noted that Google has already removed “hundreds” of URLs from its search relating to the Mosley case.

Earlier this week, we reported on the UK juror who was jailed after she researched a defendant’s criminal past online. Leveson asked if there was anything Google could do in such an instance. “We have the same issues in the US, in terms of what information should be accessible to jurors,” said Keller. “I have not heard a proposal more technologically tailored than the idea that one might ‘disappear’ content from the entire Internet, just to protect a single juror from breaching a sworn promise not to. There are already legal obligations in place, and I hope the answer lies there.”

Not entirely content with that answer, Leveson asked again if there was a technical solution to the problem, to which Keller simply said: “Not that i know of.”

So, what can we take from all this?

Google is often criticised – rightly in many instances – for the way it handles privacy issues. But can it, or should it, be responsible for content held and published on third-party websites? Does ‘hiding’ content from its search results actually solve the problem?

As Google said over and over again today, it isn’t the Internet. Today, more content than ever is being shared through other social channels, completely bypassing search engines. The bottom line is that it’s easy to keep pointing the finger at the big guns in digital, because it’s near impossible to go after all the little guns – the discussion forums and countless news and video websites where content is shared.

A certain UK celebrity discovered last year that it’s impossible to keep the baying social mob at bay, despite super-injunctions and attempts to sue Twitter. “There are more entry points to the Internet than when Google started 10 years ago,” said Collins. “You’ll have to cover all these multiple entry points not just a search engine. The person that publishes the content is ultimately responsible.”

Read next: Brazil's Pitzi wants to take the pain out of your broken phone with its online club