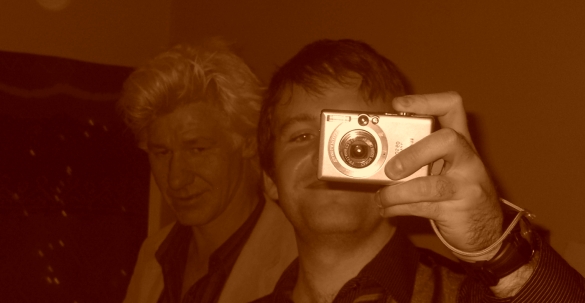 A quick perusal of your Facebook photos will reveal a common theme permeating throughout – a large chunk will undoubtedly have some form of alcohol in it.

Whether it’s a friend proudly clasping a bottle of beer to their face for an impromptu party pose, or you’ve been caught unaware sinking your sixth shot of Sambuca in a local bar, the Brits’ penchant for a good old knees-up is all-too evident online.

As the Telegraph reports, a new study out today confirms this, suggesting that on average adult Facebook-users are inebriated in more than three quarters (76%) of all photos in which they are tagged.

Of course, with the Christmas-party season well underway, there’s likely to be many more added throughout the rest of December, and half of those surveyed confirmed that there are already Facebook photos they would rather colleagues or employers did not see. Surprisingly, only 8% admitted appearing in Facebook photos that could get see them in serious trouble with employers.

Whilst nobody likes to be tagged in embarrassing drunken scenarios, the survey revealed that around two thirds of Brits had tagged friends in similar situations for the express purpose of alerting other friends. It probably goes without saying that almost all of those surveyed (93%) confirmed they had removed Facebook tags on photos they felt were too embarrassing to share.

The survey was carried out by MyMemory.com, and it was based on 1,781 Facebook users across the UK.

Read next: 5 Ways to jazz up your Facebook Timeline cover