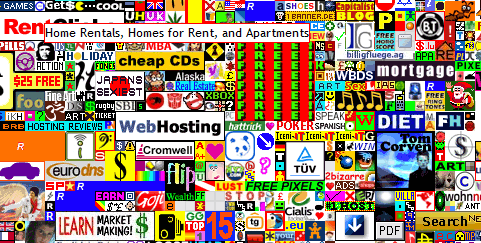 When 21-year-old Alex Tew decided he was going to university, he didn’t follow the most conventional of routes to fund his education.

Rather than taking out student loans, or relying on parental input, Tew set up The Million Dollar Homepage in 2005,

selling blocks of pixels on the Web page to sponsors. It was the first real endeavor of its kind and thus it did get companies interested – he raised more than a million dollars.

Today, Alex Tew is working as a Product Manager in San Francisco for Monkey Inferno, a company launched by former Bebo founders Michael and Xochi Birch. But Tew is revisiting the project that made him his million dollars, as he aims to raise funds to help support his cousin Maggie Thomas who is dying of cancer, reports The Telegraph.

Maggie has thus far spent £60,000 on cancer treatments, some of which include unproven alternative therapies as she battles with more than two dozen tumours throughout her body. Maggie and her husband, David, live in Bedfordshire, England, with their six children aged between three and eleven.

Maggie was first diagnosed with breast cancer in 2009. “The battle has come at great cost to the family, not just emotionally but financially too,” said Alex. “The family’s financial security has collapsed in the shadow of the illness, and this is another challenge to face at such a difficult time.”

Maggie’s Hope Page replicates Tew’s Million Dollar Homepage in that supporters and sponsors can buy pixels on the website and post an image of their choosing. A square of 10×10 pixels costs £5, and all the money raised will go to Maggie and her family.

Read next: The 'iPhone 5' and scampi feature in Google's top UK searches of 2011