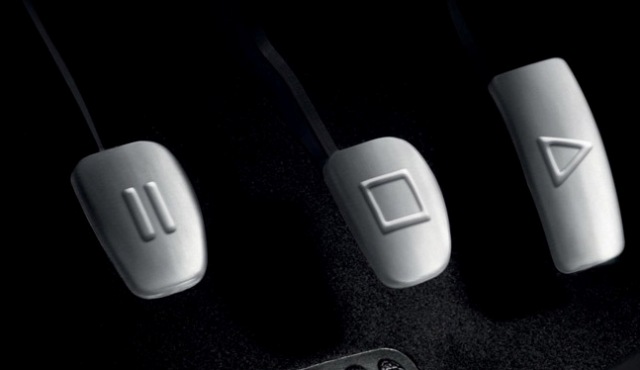 The US may have the prestigious Y Combinator and TechStars, but there’s a growing legion of tech incubator and mentoring programmes starting to crop up in the UK too.

We’ve already written about the 10 startups to spring up at Springboard back in August, whilst Seedcamp too made a number of big announcements in September that could see it become a genuine rival to one of the big programme Stateside.

Yesterday, it was Oxygen Accelerator‘s chance to shine, with 9 startups pitching for money in London, following a 13-week mentoring programme that attempted to accelerate their business proposition and draw in the money-men in their droves.

We first reported on Oxygen Accelerator back in May, as the Birmingham-based programme sought to attract startups from around the world to enter a so-called “boot camp” which kicked-off on September 1st. It was later announced that as an extra incentive, the “most improved” company to emerge from the programme would receive a £75,000 cash prize – with absolutely no equity required in return. This will be announced shortly.

Whilst we got a sneak peek at one of the startups a couple of weeks back, it was yesterday that the tech entrepreneurs descended on London for a chance to pitch for cash.

So 13 weeks, 100 mentors and 1,500 hours of mentoring later, here’s a quick snapshot of the 9 companies to emerge from the first ever Oxygen Accelerator.

Barcode Beasties says it’s a “data company masquerading as a gaming company”, and that’s a pretty good synopsis of what it is. In a nutshell, the Android app (iOS to follow) gamifies domestic barcode scanning, giving users (children) access to monsters in a virtual world whenever they scan a barcode from everyday household objects.

This is just a mask, however. The scanning of barcodes “opens up channels between brands and consumers that are otherwise closed”, and it gives companies access to potentially useful brand awareness data.

BeHiring’s features have been designed and developed to save the user time and money throughout their hiring endeavours, and also provide better insight into each candidate’s ability and personality. BeHiring is a free software-as-a-service (SaaS) platform.

Bertie & Bean is The Children’s Clothing Exchange. It’s a Web-based and mobile platform that enables parents to easily swap clothes that their children have outgrown.

It follows a peer-to-peer upcycling model that, we’re told, is the only one of its kind in Europe, though there is a similar one currently gaining traction in the US called Thredup. It’s built on the fact that children grow very quickly until the age of 4, requiring new outfits every 3-6 months, which is expensive. With Bertie and Bean, you pay ‘per bag’ of clothes, which is a flat fee of £15.

Did you know that men ‘buy’, whilst women ‘shop’? That little factoid was how Fashiny co-founder Cecilia Canavesio kicked off her pitch. Apparently men adopt a smash-and-grab philosophy whilst perusing for new garments, whilst women take longer to settle on their choices as they like to get opinions from others before committing – something that transcends the High Street and into the online sphere.

Fashiny sells itself as the ‘style companion’ that learns about people from their ‘likes’ to personalise and enhance their shopping experience. Users create collections of the items they ‘crave’ from across the Web, and Fashiny builds their fashion identity, suggesting the suitability of a particular garment supported by the ‘social proof’ driven by the community.

This was the one company we got a sneak peek at a couple of weeks back, so you can read what it’s all about here. But to quickly recap, Hobzy is the platform for your pastimes, letting users upload pictures, videos, tutorials and other personal passions to showcase to the world. Within 5 days of launch, Hobzy had grown to 3,000 users from 23 countries in all 7 continents.

LogistIT is a tool designed to help fleet managers manage their drivers and vehicles. It promises to bring fleet-scheduling “out of MS Excel and into The Cloud, where it should be.”

The tool ultimately strives to detect problems before they become too big and help avoid long delays in deliveries, through bringing together scheduling and tracking under one roof. Developer Juri Pruulmann said that fleet managers can handle over 50% more vehicles with LogistIT.

Owned It sets out to make it simpler and more rewarding for online shoppers to share products with their friends on social networks.

The startup proposes that shopowners would use Owned It’s social referral system to create and test targeted campaigns that encourage the sharing of products. Consequently, their online store will gain more exposure to new visitors from the customer’s social circle, thus leading to more sales.

Seesr is a platform for brands and content producers to create interactive, clickable hotspots within videos. Co-founder Faizan Bhat noted that much of online advertising around video is disruptive to the viewer – whether that’s banner ads or in-video ads. The overall objective of Seesr is to drive viewer engagement with brands whilst maintaining an immersive and non-interruptive viewing experience.

We were told that Seesr works with mobile devices (well, iPads…), letting users interact with people and objects contained inside videos by touching them directly. Think WireWax, a similar company we featured recently, and you won’t be too far off the mark.

StoreBeez is a virtual mall designed to help small businesses and ‘artisans’ take their offline business online. The StoreBeez platform provides the user with a free online store and free marketing – it’s a not-too-dissimilar proposition to Etsy.