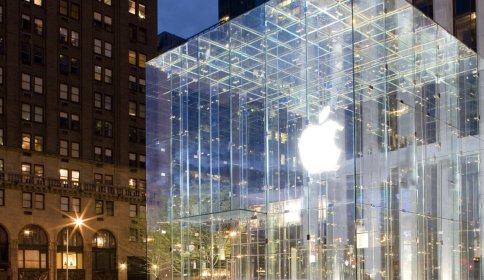 Apple is now the second biggest online retailer in the UK, according to data from online competitive intelligence service Experian Hitwise.

In a post today, James Murray, Marketing and Research Analyst at Experian Hitwise UK, reports that its latest quarterly ‘Hot Shops List’, produced in conjunction with IMRG, reveals that Apple has leapfrogged Argos to nab second place for the first time ever.

The list has been produced since 2006, and the top two spots have always been held by Amazon UK and Argos, whilst the likes of Play.com, Tesco and Next have constantly battled for third spot.

Apple has jumped up from eighth position, which is where it was in August this year, to land second spot, and it’s probably Apple’s iPhone 4S device which helped drive traffic during that period, with Apple’s day 1 pre-order UK stock selling out in record time.

Indeed, this graph certainly backs that up, with a sharp rise in traffic noted in October – when the iPhone 4S was launched. Apple’s website was responsible for 1 in every 250 UK Internet visits in October, amounting to over 14 million visits that month alone.

It’s probably also worth noting that Steve Jobs’ death in early October will have contributed to the sharp increase in traffic too.

With Christmas on the horizon, and the likes of Amazon and eBay predicting their busiest period in early December, it will be interesting to see what the charts look like in the next quarter, though it’s probably safe to assume that Apple will drop down a few places.

The biggest mover of the quarter was ASDA Direct, which shifted up 23 places. It’s also interesting to note that Ticketmaster moved up 16 places, from 36th to 20th, perhaps due in part to the massive demand of the recently reformed Manchester band The Stone Roses, which saw 225,000 tickets sell out in an hour.

To see the full top-50 biggest online retailers in the UK, click here.