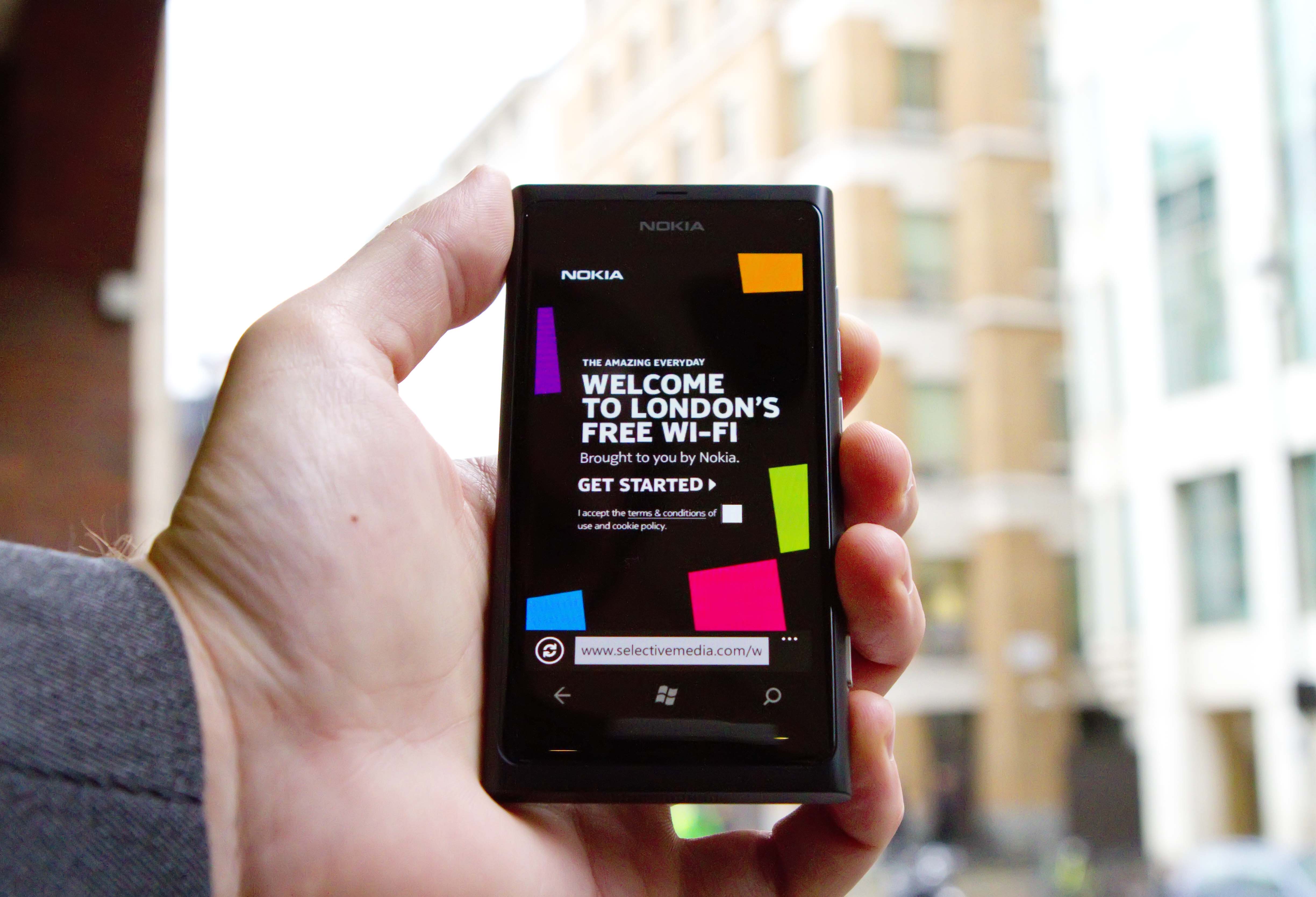 With Nokia is continuing its massive European smartphone push with the launch of its Lumia 800 and Lumia 710 handsets, the company today announced it has partnered with the UK’s leading independent WiFi provider Spectrum Interactive to roll out a large scale trial of free wireless Internet access across the London.

From today, Nokia and Spectrum will provide free wireless access from 26 street hotspots until the end of the year, trialling the service to see how consumers interact with it. Should the trial be successful, both companies will look to roll out the service across the rest of London from early 2012.

ElectrigPig managed to grab some additional details, noting that once any device has connected to the network and the user has agreed to the terms and conditions, it will not require the user to log in again.

Spectrum Interactive’s chairman Simon Alberga has said that speeds will be limited to 1Mbps download and 500Kbps upload, relying on Spectrum’s pay phone kiosks – of which it owns 1,800 across the country and 1,000 in London.

To publicise the locations of its hotspots, Nokia will add them to its Maps app on its devices. They include:

Read next: OneDrum: A P2P desktop app for Microsoft Office that lets you collaborate in real-time