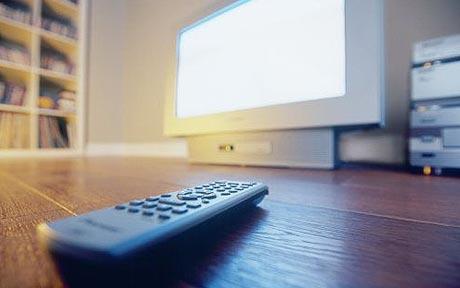 Eric Schmidt, Google’s Executive Chairman, is giving a lecture at the Edinburgh International Television Festival in Scotland today, and he is set to outline the Internet giant’s plans to launch Google TV in the UK.

Google TV is a Smart TV co-developed by Google, Intel, Sony and Logitech, which officially launched in the US last May, and the first set top boxes were rolled out in October. The service is Google’s attempt to take its advertising ‘offline’ and into users’ homes, transforming the humble TV into an Web-enabled video player, meaning you can watch shows from the major networks as well as access YouTube, the Web and various other apps.

But Google TV didn’t get off to the best of starts, and last year we wrote how Google TV could be doomed because many networks blocked the service from receiving their online video streams.

As the Telegraph reports, Schmidt is set to outline Google’s plans for Google TV in the UK later today, and the service will mean viewers will be able to watch material from existing catch-up TV services from BBC’s iPlayer and ITV Player on their TV through a special set-top box (STB).

It’s thought the service will be launched some time in the next six months, and users will be able to seamlessly switch between ‘TV’ and ‘Internet’ modes with a single click.

Smartphones could also spell the end of the traditional remote control, with the likes of the iPhone able to connect with the box to change channels. And it’s thought that voice search will also be integrated with Google TV, a feature that’s being rolled out across many of Google’s services as we reported yesterday with Google Maps.

Read next: eBay UK will see a 25% growth in million pound businesses in 2011