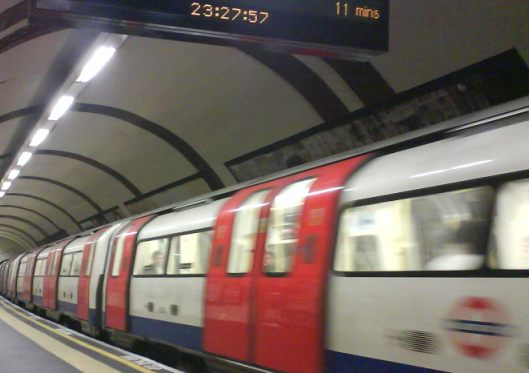 Ever since Transport for London (TfL) announced it was opening its data for developers to access back in September, a stream of London transport apps have emerged from local developers. For example, last month we wrote about Bus It London, a web app designed specifically for mobile browsers. But there has been a myriad of other apps covering all transport options in London.

If you live in London or, indeed, you’ve ever visited London, there’s a fair chance you were delayed at some point. Indeed, transport delays are part and parcel of life in any big city, but what you may not know is that Tranport for London (TfL) offer refunds to travelers in some situations.

It says it offers refunds if:

“Your train is delayed by more than 15 minutes, for reasons within our control. Please refer to the FAQ and Journey Planner for exact train journey time before making a claim.”

Sure, such a scenario is probably open to interpretation, but it’s estimated that £34m worth of refunds is owed to London Underground, Overground and DLR travelers each year. How much is actually paid out? £2m.

tting their application, and this is a problem that TubeTap hopes to solve.

TubeTap was developed by The Swarm and Turned On Digital, the same developers behind the Situationist app which we reported on earlier this year.

The app is available to download from the iTunes App Store from today and, using TfL’s open data API, it automatically identifies a traveler’s underground route, calculates the estimated journey time and requests a refund when there is a delay of more than 15 minutes. The app submits a refund request to TfL automatically too, all that’s required is a single click from the user to consent to their data being used. A refund voucher is then sent directly by TfL to customers if it’s approved.

“Using mobile technology and open data like this has allowed us to build a quality product that we believe will be a game changer for commuters.”

There are other refund apps out there, such as Tube Refund, but these require users to fill-in details regarding the journey each time. All users need to do with TubeTap is touch a button on their screen when they enter and leave the station and the app does everything else.

So how exactly does TubeTap work?

The first time you use the app, you have to save your details in the ‘My Details’ section. Then, when you begin a new journey, you tap in when you enter a new station, and the timer will begin. Once you’ve tapped in, select a destination to see what the estimated journey time is and then a countdown begins.

Tap out when you arrive at the destination. This stops the clock and then TubeTab tells you if you were delayed and invites you to request a refund:

If you are delayed, you then hit ‘Submit Request’ and that’s it. As with any app these days, TubeTap even has a social element built in. You can have a rant and share your grievances with your friends and acquaintances on Facebook and Twitter.

“We know that commuters feel unfairly treated when they get poor service from the Tube. We hope this app will help users get what they’re fairly owed when they suffer from bad experiences and help hold TfL to providing good service levels.”

TubeTap costs 69p to download from Apple’s App Store, and versions for Android and Blackberry devices are currently in the works.