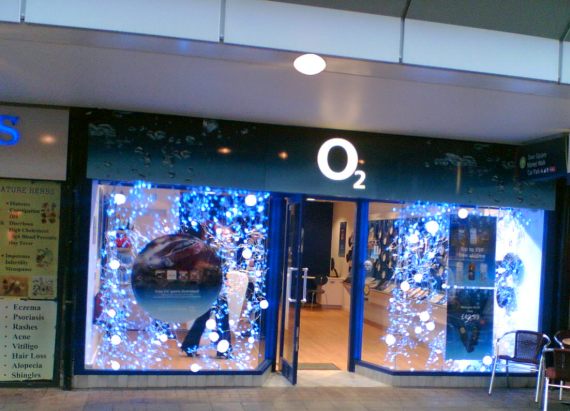 The beauty of an open Internet is everyone is free to have an opinion, to criticize and, indeed, to praise. And when UK mobile phone network O2 released its Priority Moments app to the App Store, it seems that legions of fans flocked to the store to leave high-praise for the app.

Without going into too much detail about the app itself, Priority Moments is a mobile service specifically for O2 customers, showing nearby exclusive offers and experiences from some of the country’s biggest brands.

But as Bitterwallet reports today, something seemed a little awry when the app had 50 ratings within a few hours of launch yesterday, with 5-star ratings all round (apart from three), and a heap of “sychophantic praise”. But the weirdest thing was, most of the reviews had been posted the day before the app had received any kind of PR coverage. This had to be an inside job, right? Right.

It transpires that a number of O2 staff had astrosturfed the App Store, posting positive reviews themselves. Darren Towers is open about his Deputy Manager position at O2, but posts this review on the O2 Facebook page: “Iv been trialling this and its better than your usual groupon etc as it only gives you offers in the town your in or the closest one and then shows you a map if where to go! So easy to use and certainly worth a try as its free.. ;-)” Whilst Mike Baugh, Senior Upgrade Advisor at O2, writes: “am loving this app its brill”.

The fact that some of the reviewers made no attempt to conceal their affiliation with O2 probably suggests it was largely innocent on Facebook, in that they were giving their own personal judgements on the app.

However, the App Store review system is used as a genuine metric by customers to determine which apps are worth their while and which ones aren’t, and although some of the reviewers did post under their real names, most people really aren’t going to put 2 and 2 together, and conclude that Will Woad, Matthew Holdcroft and Stephen Greenham are all O2 employees too:

One of the comments on The Bitterwallet post looks to have been posted from one of the employees who left a review, and they attempt to shed some light on the situation:

“As one of the O2 Employee’s mentioned in this review, I can clearly state that the opinion I gave was my own. We actually have an internal discussion thread going about wether or not we should be making comments like this on the app store, wether or not we should be stating we work at O2 when it is not the view of the company but our own. We were able to ‘trial’ this service and see it’s full potential for 2 weeks before launch to bug-test and play around with free offers.

This application has a lot of potential, and could be pretty epic if done right. But yes it’s becoming clear internally that we shouldn’t of been putting reviews in the app store and if there was a way to remove them I probably would. (This is all my opinion and not the opinion or views of Telefonica O2 Ltd). I had to make this comment anon because it is stated in my contract I may not talk to the media, but in this case I felt I had to.”

Some may argue that this is a big hoo-hah about nothing, as it’s just a free app. But this is still a commercial endeavor to promote the O2 brand, and it was pretty foolish of staff to post so many positive reviews before it had gained any traction in the media or in the App Store itself.

An O2 Spokesperson has commented on the above episode:

“Since O2 Priority Moments launched we’ve seen it appear in the top five most downloaded free iPhone apps and pick up numerous positive reviews. Regrettably, a small number of these have been from O2 staff involved in our internal Priority Moments trial who didn’t explain they were staff. While our policies are clear that our people must identify themselves as O2 employees when posting comments about O2’s products and services, some of the more enthusiastic ones have forgotten this. We have since reminded all our people of our policies to make sure their views are given more transparently in the future.”

Read next: This is how vulnerable your Facebook Page can really be