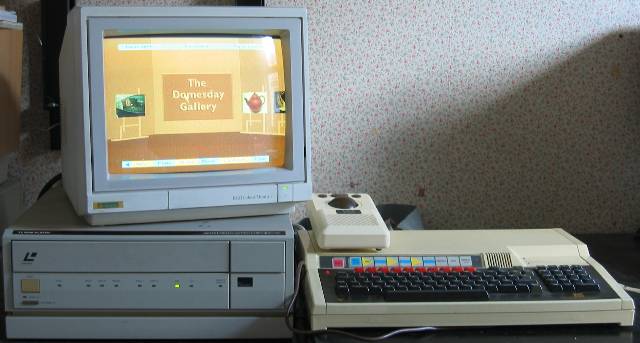 From 1984 to 1986, the BBC partnered up with Acorn Computers, Philips and Logica to record everyday life in the UK.

The survey mostly involved school children, who wrote about everything from geography and local social issues, and this was accompanied by maps, photos and videos that were recorded to laserdiscs.

A million people participated in the nationwide scheme, which was called the ‘BBC Domesday Project’, in homage to the Domesday Book, one of the earliest UK national surveys, carried out by William I of England in 1085.

Today, the BBC launched the Domesday Reloaded website, which lets people search the Domesday Project archive, as well as upload photos and information to update it, 25 years after the original scheme was undertaken.

So, you if you want to get involved, this is a good way of looking at the ‘then and now’ of UK life. Rural and urban landscapes have changed, technology has evolved, industry has moved on and society on the whole is different to what it was a quarter of a century ago. You can upload your own content to help illustrate how your neighbourhood has changed. Or, you can simply search the Domesday website to see what life was like 25 years ago.

This is a great initiative by the BBC. And looking back, the Domesday Project really was a monumental undertaking, so credit where credit’s due.

Read next: Some people have waaay too much time on their hands