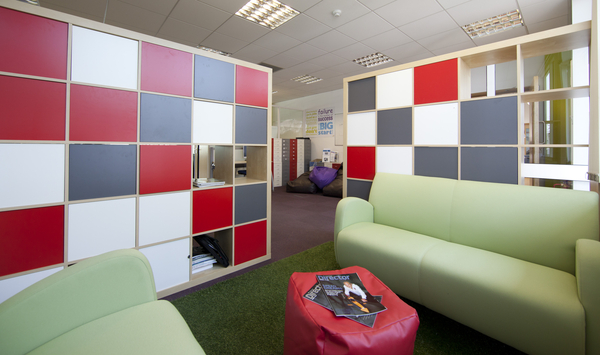 Demonstrating that startup accelerator programmes aren’t limited to London, Oxygen Accelerator has launched this morning, delivering investment, intensive mentoring and training for tech startups from the heart of the Midlands.

The accelerator is now open to receive applications from individuals or groups from all over the world, requiring an initial ten startups to fill the first “boot camp” which commences September 1. Successful applicants will be required to relocate to Birmingham for a the intensive 13-week programme, receiving £20,000 in investment whilst working from Birmingham Science Park Aston to promote their idea’s and products.

Oxygen Accelerator’s founder, Mark Hales, isn’t new to the world of startup investment – he is a founding investor of accelerator programme, Springboard. Instead of being a direct competitor to other accelerators, Hales hopes to help the hundreds of startups that fail to secure one of the limited places on programmes in the UK, driving UK innovation forward.

Inspired by the success of Springboard and Seedcamp but also other investment programmes like The Difference Engine, which also operate outside of London, Hales believes it is fundamental to build sustainable technology communities across the country, with Birmingham the place to provide the tools and skills needed to super-charge startup operations.

“It’s fundamental to build sustainable technology communities across the country, not just our capital city. Birmingham has a great deal to offer and the fact that there are so many successful business people both locally and from across the globe ready to get involved and help build the tech stars of the future, corroborates my vision that we need to extend beyond London.

Oxygen Accelerator will be the start of a great new wave of entrepreneurs drawn to Birmingham and who will have access to all the tools necessary to be the next big thing. We want to see people from all stages in their business development, from those with ideas to those who are ready to seek funding and want a supportive network to help them accelerate to the next level. Oxygen is here to literally breathe life into a vision and turn it into reality. Our aim is to bring the best to Birmingham and encourage them to stay.”

Applicants will be provided with access to a range of start-of-the-art resources, receiving guidance and support from established tech entrepreneurs but also major companies including Microsoft, Amazon and Google. They will receive financial and legal support, but also that helping hand that could open the right doors for companies needing assistance to reach their target market.

At the end of the 13-week programme, startups will be able to “speed pitch” their products to a large panel of venture capitalists and angel investors at an “Investor Day”. Even then, it won’t be the end of support for the companies involved, Hales hopes to create an Oxygen Alumni, ensuring the door stays open for companies that have passed through the programme but also encourages them to come back and help new applicants in the future.

To apply, founders are required to field a series of questions on their existing structure, investment and revenue generation, sending a short video to describe why they should be part of the accelerator’s first ten startups. Judges will then critique the applicants on the strength of their ideas, how much they will benefit from the programme, looking at how well the founders present their companies and the team as a whole.

The programme is also recruiting mentors and investors, which can apply directly via the Oxygen Accelerator website.

Applications are open until June 30, with interviews commencing mid-July.