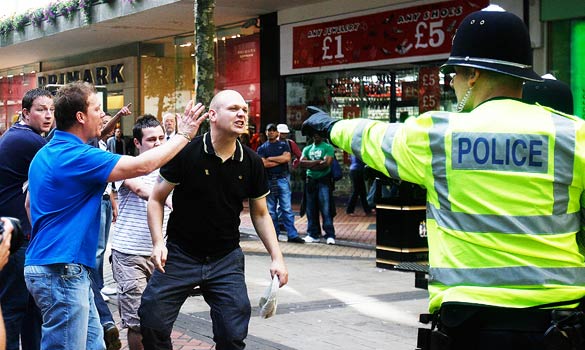 The UK’s judicial system has taken another step into the digital age after the West Midlands Police announced results from court cases heard at Birmingham Magistrate’s Court will now be published to Twitter to ensure the public are more aware of the cases the force deals with.

With only local press typically covering court rulings, they have had to reduce the amount of court coverage following budget cuts. By reporting cases, West Midlands Police aims to increase the amount of court reporting, highlighting the different kinds of cases it deals with, sending in its own staff to cover the results.

The first tweets were posted to the @WMPolice Twitter account on Tuesday morning, bearing the #wmpcts hashtag:

Assistant Chief Constable Garry Forsyth has highlighted the advantages of utilising social media to help interact with the public:

“West Midlands Police has truly embraced social media in our attempts to engage with audiences we have traditionally struggled to reach, including young people.

“We hope that the ‘tweet-a-thon’ from Birmingham Magistrates’ Court will give people a flavour for the range of offenders we deal with, an insight into the court system and, importantly, peace of mind that justice is being done.”

Other forces have taken to social networks to crackdown on unsociable behaviour – in February, Thames Valley Police started sending warning messages to users found to be harassing other members of the popular social networking website Facebook.

It has also been reported that new Police recruits are now training new recruits on how to track criminals using social media, helping them deal with sensitive issues where limited insights were provided previously.