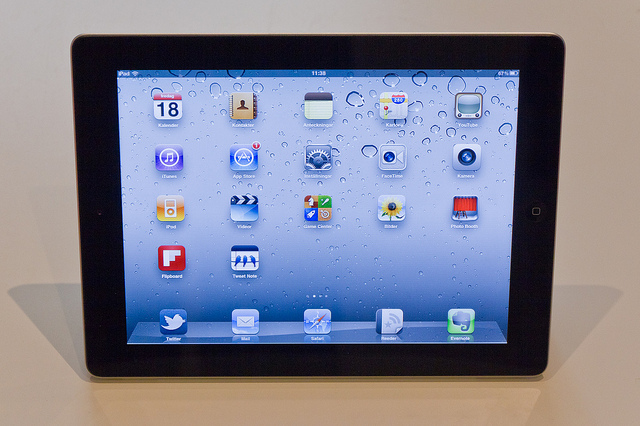 The launch of the iPad 2 is under 26 hours away, the queues are already starting to form and now the UK’s mobile operators are starting to release their prices and tariffs, helping to subsidize the cost of the latest and great Apple tablet.

If you are from the UK and intending to buy an iPad 2 tomorrow, you will have a larger choice as to where you can get your device than many other countries, making it difficult to work out what would be the most cost-effective way to purchase your device.

That’s where we come in. We have compiled a list of the prices and tariffs offered by the UK’s main operators, allowing you to choose which plan is the best for you.

If you want an iPad 2 without a data plan, your best bet is to walk into an Apple Store or order via the Apple website.

Apple has already announced that international launches start online at 1am on Friday, with stores selling them from 5pm. iPad 2 pricing is lower than the original iPad when it launched, giving you even more of a reason to get one:

Apple will offer data plans for each of the major networks on its website when the iPad 2 launches.

Vodafone has announced its tariffs, starting pricing for the 16GB 3G model for existing customers at £199. Those same customers will have to sign up for a 24-month contract, costing £24.50, with new customers getting paying slightly more at £27 per month.

Orange hasn’t announced its pricing officially but Recombu managed to snag some details regardless.

The iPad 2 16GB will be £199 for existing Orange customers that sign up for a 24-month contract, costing £25 per month. The plan includes 2GB overall data, which is split between 1GB anytime data and 1GB of off-peak data.

We will update Orange pricing as soon as we get it.

T-Mobile hasn’t bucked the trend, offering the iPad 2 at £199 for existing customers and £229 for new customers – if they want the 16GB Wi-Fi and 3G model. Geeky Gadgets confirmed that T-Mobile will only be selling the 16GB WiFi & 3G iPad 2 tomorrow, with the 32GB and 64GB models coming later.

When the prices are made official, click here to order.

If you wondered why O2 wasn’t listed, the company is not going to subsidise the iPad 2.

A number of other high street stores will sell the iPad 2 tomorrow, including: