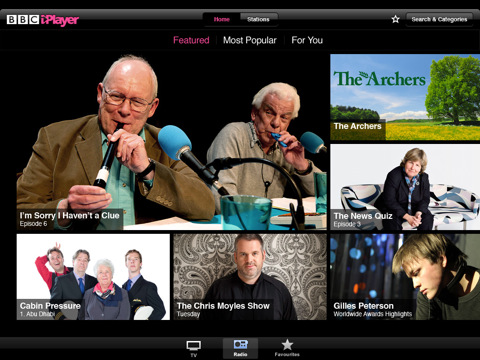 The BBC has revealed that its iPlayer for iPad app was downloaded almost 55,000 times in 24 hours, accounting for 55% of all programme requests made by users of Apple’s tablet device.

The figures came as part of the BBC’s January performance report which saw the corporation break records in yet another month. In January, the BBC iPlayer platform received 162 requests for programmes and radio content, with Come Fly With Me topping the charts as the most popular programme during that period.

The BBC also gave a slight us a insight into how well its Android app performed after it was released; on February 10 when the app launched, half of all programme requests from Android devices were initiated by the new BBC iPlayer app. The total amount of requests from these devices grew by 228% between February 9 and 10.

Some Android users have been left frustrated by the fact that the iPlayer app needs an Android 2.2-enabled device. Whilst 57.6% of all Android devices run the Froyo version of Android, a large number of users are still unable to view programmes on their devices.

Downloads of the iPlayer iPad app might be somewhat lower than other more high-profile apps but the app is only available in one country and on one device. The BBC will be happy with the initial performance of its iPad application, helping to pave the way for its global iPad release later in the year.

Read next: ZTE aims for up to 40% more smartphone sales this year