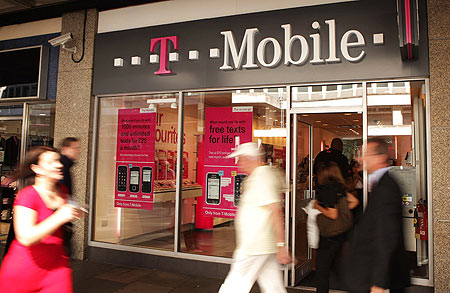 T-Mobile’s decision to cap customer data allowances on its networks has sparked so much outrage among its subscribers that UK regulatory body Ofcom has decided to look at the recent service changes to make sure that customers are adequately protected.

The company amended its data policy, leaving customers unaware of whether they will be affected. A monthly allowance that once totaled 1GB has now been slashed in half to 500MB, to provide “a better experience for all our customers who use internet on their phone”.

This caused confusion amongst Android handsets owners who had specifically purchased 3GB of data per month, as it was not know if the cut would affect them also.

The cap affects customers who use their devices to watch YouTube videos via their handsets or utilise apps that consume higher amounts of bandwidth. The company has said the restrictions will only be in place for app use and streaming, whilst email and browsing remains unaffected.

Ofcom highlights the fact mobile operators need to advise customers of changes one month in advance, stating that users could have a case for early termination of their contract without charges if the changes are proven to be unacceptable. T-Mobile gave its customers a three week notice period, meaning the company has already fallen foul of the regulatory rules.

T-Mobile says that the majority of its customers will remain unaffected, however many are up in arms about the drastic u-turn whether they are heavy data users or not.

Are you affected by this cap? Let us know in the comments.