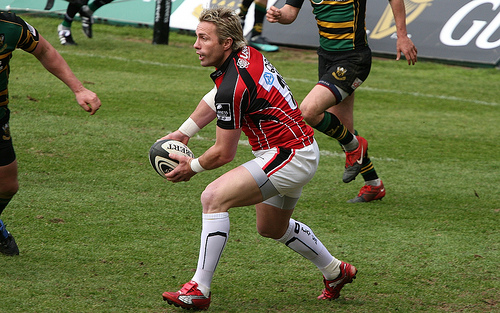 Mobile social business platform MePlease has announced a deal with Sarancens Rugby Football Club that will give rugby fans the chance to win prizes and obtain discounts on in a bid to boost engagement with fans and increase ticket sales.

The system was first trialled at a Saracens game on December 15 whereby fans were asked to text an SMS shortcode provided by MePlease to enter a competition to win the match ball. The text number was printed in the match day program, announced through the public address system and on the Saracens score board. Engagement was encouraging, 9% of the match attendees responded and sent a text into the system.

The systems was also used during the December 11 match, this time fans had the opportunity of winning a jersey signed by the Saracens team and Strictly Come Dancing star Gavin Henson. Anybody who entered also received a unique code which gave a discount to tickets for the Saracens Boxing Day match which will be played at Wembley Stadium.

The MePlease text number was also included in various print adverts that ran in the Evening Standard, Metro and City AM which gave fans the chance of winning tickets to the Boxing Day match.

This increased take-up and now the equivalent of 17% of an average match attendance are using the MePlease service and the boxing match ticket sales have also increased. Saracens will use MePlease at the Wembley match to offer half-time promotions and further increase interaction via its mobile community.