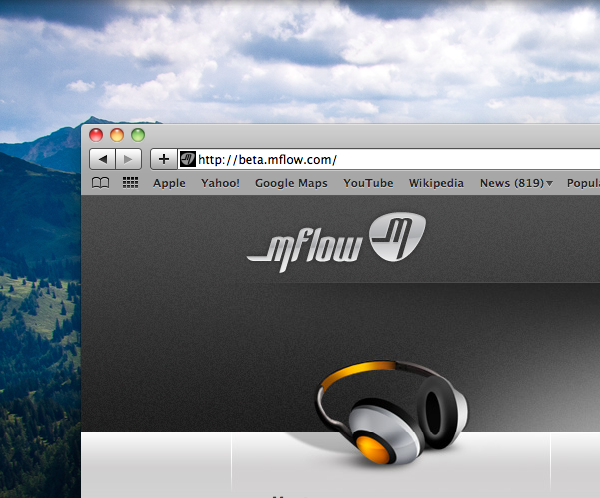 We are big fans of mflow, the UK-based startup that focuses on the social elements of music sharing, encouraging you to share the music you are listening to with your friends and receive recommendations back in the process.

mflow has announced a new feature that it hopes will allow its users to interact with its service more often, delivering a new web-based version of its platform, which gives users the option to share, tag, listen and ultimately buy tracks they have either searched for or have been recommended via users on the mflow website.

The new web-based platform is crafted completely in HTML5, allowing for seamless music playback on a variety of different browsers and platforms. Finding new music via the platform, as well as its downloadable application, enables users to download tracks for free, tag bands and tracks, enouraging users to actively promote the acts they like so they don’t have to pay.

mflow hopes to push its new web platform live in the first quarter of 2011 but encourages its users to sign into its beta version from December 3 to test and help shape development of the service by interacting with other users, sharing music and recommending tracks to others.