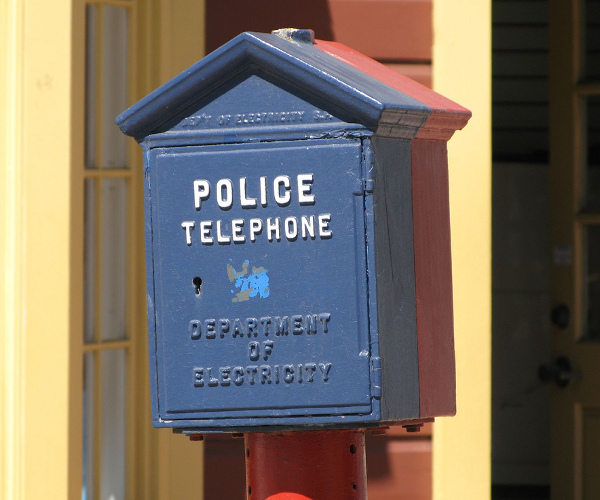 A UK police force has scored a major hit today by tweeting every single 999 emergency call it receives over a 24-hour period.

Greater Manchester Police‘s move has seen an overwhelming response among UK Twitter users today as over one hundred tweets per hour are published, reporting everything from real emergencies like thefts and potential accidents to non-emergencies like Threatening messages on Facebook and a man asleep on a toilet in a theatre.

Why is the force doing this? As Inside the M60 reports today, GMP is currently faced with having to make budget cuts of up to £7 million. Chief Constable Peter Fahy has opted to use social media to show how much work the police has to deal with and how cuts stretch resources, saying a lot of police work “is not recognised in league tables and measurements – yet is a huge part of what we do.”

The tweets, spread out over three accounts in order to get around Twitter’s API limits on account usage (even on its own website), have captured the public’s imagination with two spoof accounts being set up. This one is arguably producing the most humorous results, which the other was reprimanded by the police for using their official crest logo. That said, sometimes real life is funnier than parody. See this example: “Call 384 report of man holding baby over bridge – police immediately attended and it was man carrying dog that doesn’t like bridges”.

Meanwhile, we hear that open data enthusiasts are already working on code to analyse data from the calls. It’s fair to say that social media agency Gabba has hit on something with this seemingly simple campaign. The public has got to see the sheer range of calls, some appropriate, some not, that the police has to deal with, generating lots of word-of-mouth discussion and media coverage. Whether it will have any lasting effect beyond public awareness of stretched police resources remains to be seen, but it’s still a bold move that’s paid off.

You can follow Greater Manchester Police’s tweets at their three accounts here, here and here or via the hashtag #gmp24 The ‘experiment’ ends at 5am on 15 October, British Summer Time.

Read next: My favorite news reader, my6sense for Android, gets some hefty upgrades