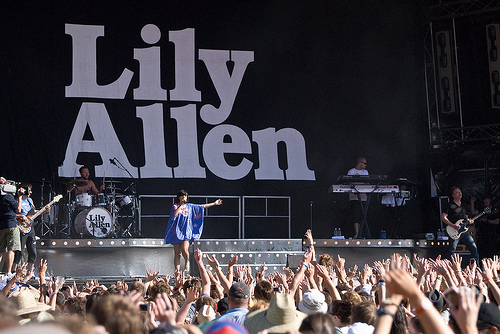 UK songstress Lily Allen is set to sue Apple as a result of the singer’s laptop being hacked and the computing giant offering no help in tracking down the attacker.

According to The Sun, the only way the pregnant musician can obtain information on how the laptop was compromised is by taking legal action, so she filed a lawsuit against Apple in the London High Court last week.

It is thought that Allen initially approached Apple for assistance, when this was refused a lawsuit was was filed.

At the time of writing the backstory is a little vague and The Sun’s article a little sensationalist. The lawsuit is probably more of a means to an end, a way of getting to the bottom of the hack, not an attack on Apple.

Interestingly, the first result on Google search for “Lily Allen Apple” brings up a case study on Lily Allen’s collaboration with Future Cut Productions, where they used Logic Pro to help create Allen’s albums and also tour live with the singer: