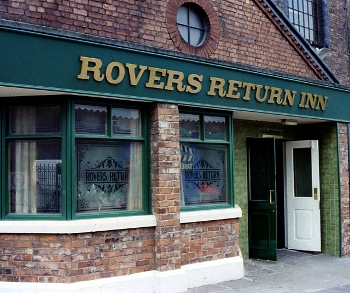 There’s a lot of money to be made in social gaming, and UK broadcaster ITV is  preparing to tap into the market via Corrie Nation, a game based around long-running soap Coronation Street.

Essentially, it sounds a lot like Zynga’s mega-hit game Farmville translated to the north of England, with a dash of The Sims thrown in. As Josh Halliday over at The Guardian reports, “Users will compete against their friends to build the 2D Wetherfield, adding on-screen characters and performing tasks to progress to further levels.”

The Press Association describes it as an “parallel soap world”, with players able to influence characters as they see fit. Virtual currency will be an important part of the game, allowing players to unlock extra buildings from the soap.

Interestingly, the game will cross over with the TV version of the soap. Players can also use virtual currency to reveal story spoilers. Although the game will be free to play, ITV is learning from the successful  Zynga model of charging for extra features and customisations.

ITV is launching the game to help connect the soap’s brand with younger audiences who increasingly multitask while watching TV. The game will launch on Facebook and on ITV.com on 1 November.