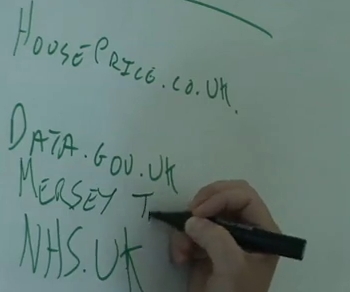 We’ve covered the ‘open data revolution’ a lot over the past few month on The Next Web UK and it seems that things are really starting to gain traction as developers get to grips with doing useful things with all the data that’s being opened up.

Open data can be especially useful to journalists as there can be lots of interesting stories hidden in the data. The problem is that the data isn’t always easy to analyse. To this end, Autumn looks to be a busy time for the people behind Hacks and Hackers, an event aimed at encouraging journalists and developers to work together on public data projects.

The events are organised by ScraperWiki, a Liverpool-based, 4ip-funded start-up that provides data mining tools. The first Hacks and Hackers took place in London in January and saw jounrnalists from the BBC, The Times, The Financial Times and the Guardian among others team up with developers to work on eight projects in one day. Events in Liverpool and Birmingham followed.

Hacks and Hackers is now lined up for an Autumn tour around the UK and Ireland. It is, of course, designed as something of a promotional push for ScraperWiki itself, but if it gets journalists and developers working together on uncovering the stories behind open data that can only be a good thing.

Currently planned events will be in Manchester (15 October), Leeds (28 October), Dublin (16 November). Events in Cardiff, Belfast and Glasgow are in the works and ScraperWiki hopes to announce more details soon.

You can read more at the ScraperWiki blog, particularly the posts here and here. Below is a video from the Liverpool event earlier this year.