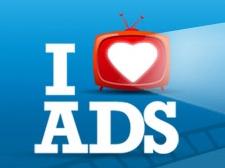 YouTube and Campaign Magazine have teamed up to launch the YouTube Ad of the Year competition which challenges agencies and brands to enter the most ‘creative and engaging ad on YouTube in the last 18 months’, says Ian Darby, Deputy Editor of Campaign Magazine.

Winners will receive a home page takeover worth £75,000 and 11 million monthly page views, and of course a nice bit of PR for the brand and/or agency too! Importantly, the general public will be voting the winner and not Campaign, although a panel of leading industry figures will produce the shortlist of options for YouTube users to choose from.

Entries must be in by 23rd September via YouTube.com/iloveads and must have been served on the site between 1st January 2009 to 31 August 2010. A short-list of ’28 entries will be chosen’ for voting before the winner is announced on the 17th November, Ian Darby explains in a video on the competitions micro site.

Bruce Daisley, head of YouTube’s UK Display offering spoke to Brand Republic regarding the competition, “The creative standard and range of advertising on YouTube has risen hugely in the past 18 months.  From page takeovers, to brand channels, virals, games, in-stream and promoted videos – the full spectrum of YouTube formats is being harnessed to great effect by brands large and small.”

So if you’ve been doing some exciting YouTube advertising over the last 18 months, head over to the micro site before 23rd September to submit your entry.