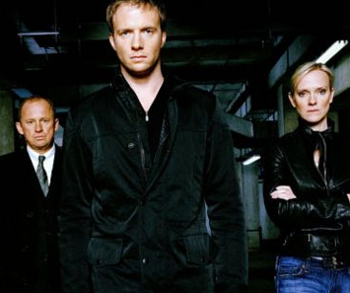 The online TV show rental market certainly seems to be hotting up. Apple announced its iTunes-based rental scheme last week, while here in the UK SeeSaw has just made its recently-launched rental scheme more appealing with a new promotion.

‘Tight Tuesdays’ allow users to rent a whole series for 99p. By the look of it, offered programmes won’t be rubbish; the first series on offer is the debut run of highly regarded BBC spy drama Spooks. Users can vote for next Tuesday’s offer by using Facebook ‘Like’ buttons too. In the running for next week are Red Dwarf, Ugly Betty, The Office and South Park.

It’s a smart move from SeeSaw that echoes mobile network Orange’s successful ‘Orange Wednesdays’ cinema promotion; offer something simple but useful for one easy-to-remember day per week and hopefully reap the rewards. Although the rental can only begin on the day of the promotion, customers have 90 days to watch the whole series. Shows are delivered by browser-based streaming.

SeeSaw launched earlier this year as a kind of ‘Hulu for the UK’, offering a mix of current and archive output from a number of TV networks. There is a lot of high-quality content on the site and we were impressed when we gave it a test run.