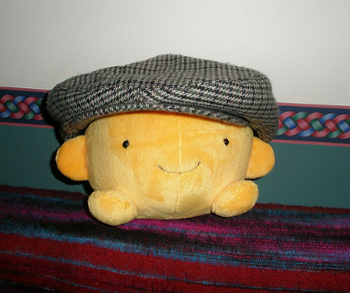 Here’s an interesting side-effect of widespread social media use; language experts in the UK say that regional dialects are spreading nationwide “at an unprecidented rate”.

The Telegraph reports that the “informal, slapdash approach to English” demonstrated by users of services like Facebook and Twitter is helping to popularise words that were previously only understood at in small local areas.

Dr Eric Schleef, lecturer in English Sociolinguistics at The University of Manchester, told The Telegraph: “Dialects were traditionally passed on relatively slowly through spoken language. Twitter, Facebook and texting all encourage speed and immediacy of understanding, meaning users type as they speak, using slang, dialect respellings and colloquialisms. The result is we are all becoming exposed to words we may not have otherwise encountered, while absorbing them into everyday speech.”

Examples of words that are spread in the UK reportedly include oddities like “cob”, meaning bread roll in the Midlands and “bishey-barnee-bee”, meaning ‘ladybird’ (that’s a ladybug in the USA).

While there may well be some truth in this, we’re pretty sure that other factors such as increasingly amounts numbers of regional TV programmes in the UK could be at play here. It would also be interesting to see if social media is causing a similar effect internationally. If you’re somewhere outside the UK, have you ever called a ladybug a “bishey-barnee bee”?

Read next: Having a Festival? Make sure you have an app for that.