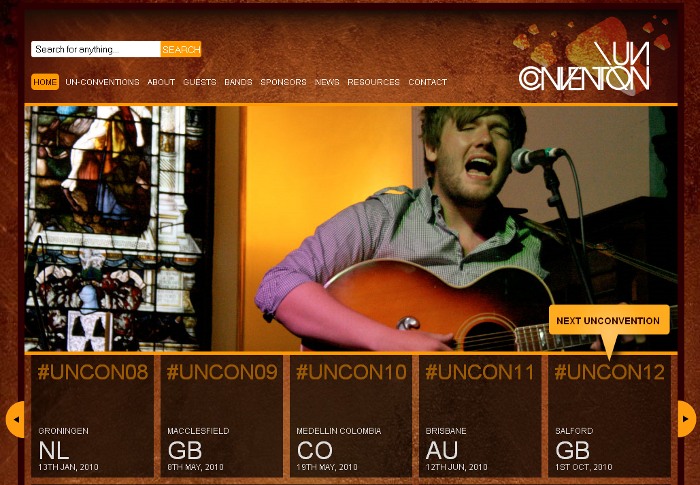 The music world is changing fast – not least for independent, grassroots musicians. Digital influences are getting their teeth into every aspect of music making. Now a new website is aiming to help those at music’s grassroots get to grips with this new world by being, essentially, a “TED Talks for music”.

Un-Convention is “A global grassroots music event and community” with its roots in Salford, UK. It holds events around the world and this year alone has held conventions in Colombia, Australia and the Netherlands. Conventions are planned at a local level and topics covered at each location vary depending on local tastes and interests. It’s fair to say that a wealth of knowledge has been shared at the Un-Convention events thusfar and now it’s all available on a new website.

Un-Convention Hub takes its inspiration from the popular TED Talks website, which features talks about a wide range of science and technology topics and makes them free to the world. Un-Convention’s website is similar, offering a wide range of advice for musicians from previous events. Not all of it covers the digital world, other useful topics such as planning a tour are dealt with too.

It could be slightly improved if individual videos’ titles were visible before playing them. The lack of titles makes exploring the videos a bit of a voyage of discovery and pot luck right now. Still, it’s a fabulous resource which is only going to get richer as more conventions take place.

Read next: MTV To Reward STD Checkups With A Foursquare Badge