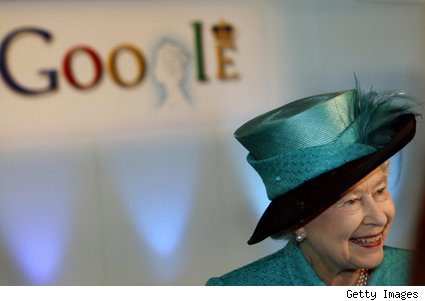 A study commissioned by MyVoucherCodes.co.uk aimed at finding which online logos had the greatest influence amongst has found that UK web users see the Google logo once every 7 minutes with 47% of the people surveyed admitting that the search engine is either their homepage or the first page visited when logged online.

The survey, which polled 1,654 people asking “Which logo do you see the most during an average day?”, found that 34% of those surveyed said the Google logo was the most prominent. Microsoft came in second with 15% with the Facebook logo attracting 11% of the remaining votes.

Other interesting things to note were that 53% of the respondents admitted they used Google as a spellchecker and just under 25% of people had the Google search bar installed in their browser. 52% of people would typically search Google between 10 and 20 times a day.

I would estimate Google would be the most viewed logo on my list, maybe just behind The Next Web logo. What other logos do you see on a daily basis? I’m sure Twitter could rank quite highly for some.

Read next: RIM in final talks with India ahead of security deadline