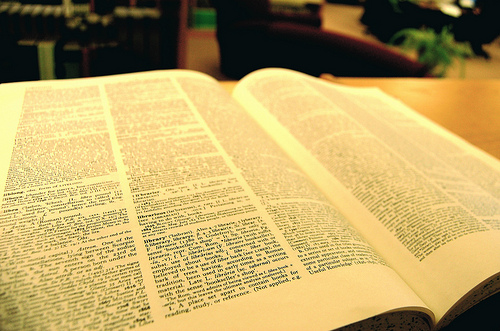 The rise of internet-enabled applications, web2.0 websites and companies has brought with it huge number of different phrases, brand names and terms, some that are barely intelligible or indicative of the service they provide.

The internet is playing a more significant role in personal and business life, to an extent that every year we see more and more internet-related words making their way into the Oxford Dictionary of English, this year is no exception.

As a Twitter user, the word Tweetup might be familiar to you; a meeting arranged through Twitter. If you were to use the word Tweetup in a game of Scrabble, you would be able to reference the dictionary to prove your opponents wrong.

You might remember Martin’s article on Rupert Murdoch’s repositioning of UK tabloid newspapers The Sun and The News Of The World that would introduce a “paywall”, a restriction of website access only to subscribers. Paywall is now an official entry in the Oxford Dictionary.

Other internet influences include the word microblogging (posting short entries on a blog), netbook (a small laptop computer designed primarily for accessing Internet-based applications) and viral (relating to or involving the rapid spread of information about a product or service by viral marketing techniques).

Surprisingly, the word Vuvuzela (a long horn blown by fans at soccer matches in South Africa) has even managed to find its way into the dictionary, helped by the recent World Cup finals held in South Africa and becomes just one of over 2000 new additions now available to reference.

The Oxford Dictionary of English was first published in 1998 and was the first dictionary to be fully based on evidence of how language is really used, adding words derived from the latest corpus research.

Read next: Digitimes: Google Might Cooperate With Motorola For Android 3.0 Tablet