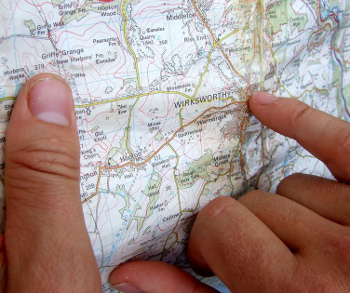 The launch of Facebook’s Places geolocation feature has been one of the most talked about announcements in the social media sphere in recent months. For Facebook though, it was a delicate balancing act.

With half a billion users, introducing location sharing to a mainstream audience not yet used to the idea was bound to be a delicate matter. In the face of privacy complaints they’ve managed to carry off a pretty good job of it.

In addition to streaming the entire announcement session via live video to the public, there has been a major PR operation in action too. Facebook PR was answering questions from news outlets promptly today (and believe us, there’s sometimes an understandable wait to get answers to questions).

One of the most impressive examples we’ve seen was in the UK where a Facebook PR rep was answering questions from UK media, developers and the public alike via Twitter from early in the morning.

She dispelled misconceptions about Places, linked to articles she thought explained the service well and gave users advice on privacy settings. Remember, this is a UK PR person working hard on service that isn’t even available in the UK yet. Normally, we’d see nothing but a “This service is not available and will be rolled out in time” statement in that situation.

From the look of the PR operation from Facebook today, at least in the UK, they’ve learnt from previous public outcries and are taking a more open, conversational approach. When you’ve got something as big as trying to encourage 500 million people to start sharing their locations via a service that has a shaky history of handling its users’ privacy, it was really the only way. Let’s hope they keep it up.

Update: Facebook got back to us to explain the thinking behind the social activity today:

“We were really excited to be launching Facebook Places as it is a product that we’ve spent a lot of time developing and even though it’s not available in the UK yet we really want people to understand how it works as we think there are a lot of benefits to people in using Places if they understand it properly.

“This is almost more important because everyone outside the US can’t test it for themselves yet so engaging with the media through Facebook, Twitter and obviously phone and email was the best way for us to help people understand everything from tagging to privacy controls.

“Also as the press conference had happened over night in the US we wanted to make sure we could catch any inaccuracies in the stories before the first round of news stories were written up in the UK.”

Read next: Google Unleashes Upgrades For Docs and Sites