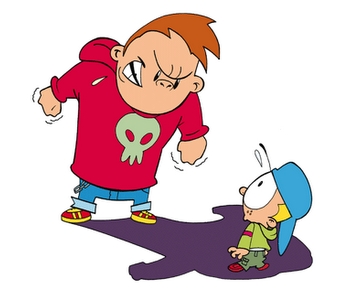 “My Twifficiency score is 37% What’s yours?” – Tweets like this started as a trickle and in the space of an hour became a flood as the latest viral Twitter trend took off today. It soon became a source of great annoyance to some, as users discovered that Twifficiency auto-tweeted from their accounts without them realising.

So, what was going on? According to the website, “Twifficiency calculates your Twitter efficiency based upon your Twitter activity. This includes how many people you follow, how many people follow you, how often you tweet and how many tweets you read.” We’ve seen many apps like this before and they often become viral hits as users are keen to compare their score to those of their friends.

What made this a bit different was that there wasn’t an obvious enough notification that the service would auto-tweet your Twifficiency score. The app uses Twitter’s secure oAuth method to log you in and Twitter’s standard-issue warning that the app wants the ability to “Access and update” your Twitter account led to speculation from some that the app may be a scam that would at a later date send out spam tweets from your account.

According to the developer, the truth is much more mundane. Reading through his tweets, it appears that 17 year-old James Cunningham had developed the app to learn how oAuth worked. Little did he know that while his back was turned his app would become a controversial viral hit.

On discovering the sudden popularity of Twifficiency, his elation quickly faded and he began explaining himself: “OK. Twifficiency shouldn’t tweet your score automatically :/ Error on my behalf, I was just learning to use oAuth :( Up until now I had always used Basic Auth, and Twifficiency was my way to learn how to use oAuth.”

His efforts to improve the app with a clearer warning and an option for tweeting didn’t come quick enough for one individual who set up a NSFW spoof Twitter account for him (there’s some strong language in there).

Far from being a scammer, Cunningham appears to be a talented coder who a made small mistake that got out of control. As Paul Clarke, a well-known and respected UK Twitter user who has met Cunningham, says:

“Sure, James broke one of the Twitter etiquette rules (not tweeting from someone’s account without explicitly seeking consent). But this is the guy that created a Wolfram-type search demonstrator in just one week. At age 17. And within ten days created another innovative service out of the blue. And has probably done dozens more. I think we can regard his social network capital as firmly in the black, can’t we?”

Welcome to the world of Twitter where a teenager can go from obscurity to being an object of hatred in less than a day. It looks like James will be alright though – he’s clearly a talented individual and now we all his name. Another post in support of him points out he may even get a job out of it.

It will be interesting to see what he does next.

UPDATE: As a general safety tip, it’s always good practice to keep an eye on the Twitter apps you’ve approved. Simply go to your Twitter settings and revoke access to those you don’t use any more.