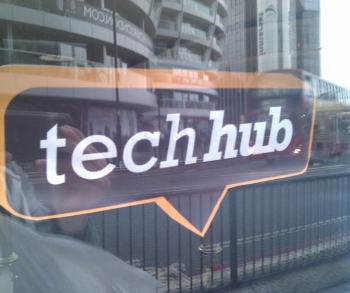 There was a mixed reaction to my recent post arguing that the UK should get behind its tech startups and treat them more like rockstars. Some comments on the post thought it was a great idea, while others thought that it belittled the serious business of making money in a competitive world.

The fact remains that the mainstream press simply doesn’t celebrate the achievements and aspirations of UK Internet entrepreneurs as much as in the USA. However, there’s enough happening right now to write about that shows that the UK startup scene really should be encouraged by our mainstream press.

When I wrote the ‘rockstars’ post I rattled off a few startup names as examples. Two that completely slipped my mind at the time were two of the most important companies in the Twitter ecosystem. They’re simply such a big part of Twitter that it’s incredibly easy to forget they’re both based in south east England. Both companies have been working closely with Twitter on new projects and have been getting people across the world excited about the possibilities.

Tweetmeme last week announced that it was working with Twitter on two key projects. The new official Twitter sharing button made more headlines, but potentially bigger news is the launch of a powerful new Twitter firehose search technology called DataSift that could make mining Twitter for information all the more valuable.

Meanwhile, Tweetdeck is one of the first apps to test Twitter’s new User Streams API and the company’s Android beta launch got many tongues wagging last week. In my opinion, it sets a new standard in beauty for Android apps.

TechHub is a ‘shopfront’ for the London startup scene

I took a look around London’s new tech co-working and events space TechHub on Friday. Although other co-working spaces already exist in the city and across the UK, Google and Pearson-sponsored TechHub is particularly exciting as it’s situated right in the heart of London’s Old Street area where many startups are based.

With big, street-level windows it allows passers by to see startups working away and CEO Elizabeth Varley tells me that many people have stopped outside to find out what’s going on inside. As such it really is a ‘shop window’, making the tech startups more visible to the general public rather than being hidden away from view in boxy offices.

The UK cannot match Silicon Valley’s influence in the technology sector and there are significant challenges when operating so far away from the ‘heart of the action’. However, we do have a lot to be proud of. Above are just a couple of examples; see my previous post on this subject for more.

I’ll end by reiterating the argument from that post; the UK celebrates the achievements of musicians, filmmakers and authors who make really cool products that enhance our lives, so let’s do the same for those whole build exciting software and web services too.