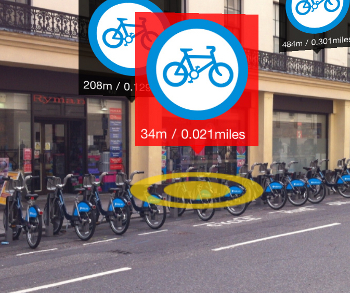 The new version of London Tube is in the iTunes store now [iTunes Link]. The feature is part of a ‘leisure pack’ of additional data for the app, downloadable via an in-app purchase. The AR feature is only available to users of iOS4.

Here’s a video of a ‘Boris Bike’ hunt in progress via the app: