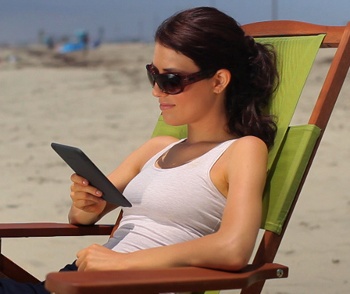 It was only yesterday we were enthusing about how important the UK Kindle Store was to the future of Amazon’s e-book platform and today, nearly two weeks earlier than expected, it’s open for business.

Amazon says that over 400,000 titles are available on the store’s first day. Until now UK Kindle users have had to use a cut-down version of the US store, paying in US Dollars and having to miss out on many popular British titles that aren’t available in the States.

UK Magazines and newspapers are also featured in the new store. These include the Daily Telegraph, Daily Mail, Economist, Independent, Financial Times and Evening Standard. In total, Amazon says it has over 170 periodicals and 9000 blogs in the UK store, with subscriptions available.

There’s no word as to when further international Kindle stores will be available.

UPDATE: Twitter user @MichalD points out the rather slim selection of UK newspapers omits, among other national titles, the Times. This is despite the fact that it is available in the US Kindle store. We imagine this is down to initial licensing quibbles which will be  ironed out in time. Amusingly, local paper the Nottingham Evening Post is also available in the US store only. We’ll check with Amazon to see what the score is.