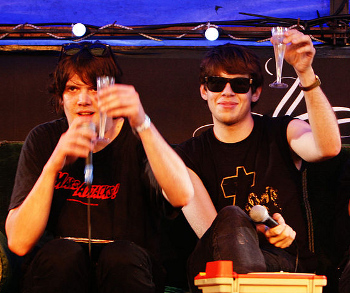 Are UK startups being let down by the British media? While the country’s new rock stars, artists, actors and filmmakers are frequently celebrated and encouraged by the press, our startup talent is often ignored completely.

The BBC’s Rory Cellan-Jones pondered this in a blog post yesterday. Would the launch of Flipboard this week, he wondered, have been so successful if the company was based in the UK instead of Silicon Valley? Probably not; because, as Rory’s post notes, the British press is simply more cynical than media in the USA. This is probably because British people in general are a cynical bunch and entrepreneurship is often not given the respect and support it perhaps deserves.

What’s so frustrating here is that there lots of fantastic UK startups that could be massive worldwide if only the influential tech writers in Silicon Valley paid attention to them. Audioboo, ScreenReach, Picklive, Mendeley and Betable are just five that spring to mind who are doing fantastic, innovative work that’s on a par with Silicon Valley’s output. While they get written about by a handful of British publications, they don’t really get a look-in Stateside, where there are more than enough homegrown companies to write about.

There’s absolutely no reason why American tech writers shouldn’t be able to cover British startups. It’s just as easy to chat to a company thousands of miles away as it is to someone who lives around the corner. Although I mainly cover the UK beat at The Next Web, I write about startups from around the world. If an interesting Canadian app (for example) comes to my attention I’ll get in touch with them and write about them because they excite me regardless of where they come from.

While American writers often ignore the UK, those of us who live there can do our bit to help our startups get wider exposure.

As we’ve noted previously, the opening of TechHub in London should give UK startups a place to work together, bouncing ideas off each other and making the entire ecosystem much more fertile. Elsewhere, accelerator and mentor schemes like Seedcamp and The Difference Engine are growing in popularity and are helping make the UK startup scene healthier.

I’m not saying every startup is worth writing about; some are more newsworthy than others, but those that are are doing original, interesting and innovative work should be encouraged and given the exposure they deserve – just as if they were rock stars.

Read next: How the Cloud will change music production forever