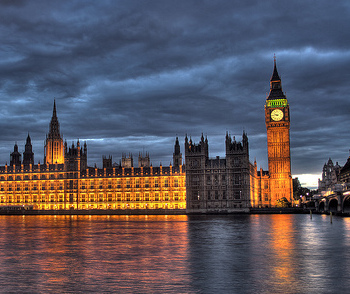 This could get very messy, very quickly. Multiple reports have emerged overnight that the UK government is to consult the public over how to cut public spending via a dedicated Facebook page.

The ‘Spending Challenge Channel’ doesn’t appear to be live yet but it is expected to be officially announced today. Accompanying an official website which is already online, it will allow the public to suggest, discuss and vote on ways to cut public spending. The BBC reports that prime minister David Cameron spoke to Facebook CEO Mark Zuckerberg via Skype recently about the plan. (Update: here’s the video).

The move follows a reported face-to-face meeting between the two during Zuckerberg’s recent visit to London. At the time Jeremy Hunt, the Secretary of State for Culture, Olympics, Media and Sport tweeted “Just met Mark Zuckerberg, Founder of Facebook. Really smart guy with some good ideas on improvement digital engagement in policy making.” It look like one of those ideas, unsurprisingly, was “Start a Facebook page”.

The UK economy is in a dire state and politicians of all major parties agree that spending cuts are needed. Some sections of the public will applaud the chance to have their say on what spending should be cut. However, the coalition government has its fair share of critics and we imagine that once the page launches we’ll immediately see open season on silly comments all over the page’s wall. This raises an important question; how will the page be moderated without being seen as ‘undemocratic’?

Given the meteoric rise of social media, it had to happen at some point. Crowdsourced government is here and it’s going to be very interesting.