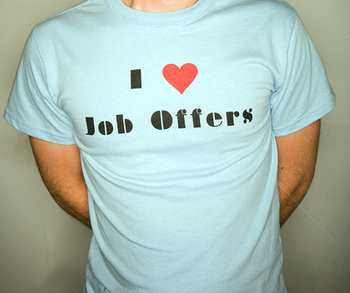 If we had £1 for every press release we receive that’s based around a survey we’d be extremely rich indeed. That said, this one is actually of interest. Apparently, Twitter users write better CVs and are more likely to be shortlisted for job interviews than the average jobhunter.

A report out today indicates that using Twitter trains people to be succinct in their writing, leading to interesting, eyecatching and short CVs which appeal to recruiters.

Professor Cary Cooper CBE, Professor of Organisational Psychology and Health at Lancaster University Management School agrees with the study, which was carried out by analysing 500 UK CVs.  He said: “When reviewing CVs for the first time, employers may only ever see candidates’ short summaries, so a jobseeker with a standard, dull or uninteresting personal synopsis is less likely to be shortlisted.”

Is it Twitter use that trains people to write more succinctly, or does Twitter actually attract better writers in the first place? Professor Cooper seems to think the latter is true.

“Candidates who are innovative and novel in their use of language and identify themselves in a non-formulaic way are more likely to be people who use Twitter, or have their own blog. (Their) CV summary is more likely to be snappy, interesting and, ultimately, attention-grabbing.

“Twitter users more readily think about, and use, clever key words and they’re probably more expressive in an abridged style – the art of ‘getting to the point’ is not lost on people who Tweet.”

If you’re a jobhunter who uses Twitter, consider this story an ego boost. MyJobGroup.co.uk, the company that conducted the study is currently running a competition running to write your entire CV in the space of a tweet.

Read next: The Geeks meditation session