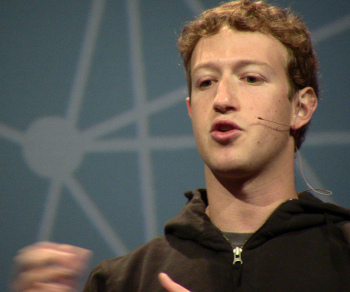 Facebook CEO Mark Zuckerberg was in London today to head up the company’s Developer Garage event, where he made reference to the company’s forthcoming location-based features.

Venturebeat reports that Zuckerberg said “We are finishing designing our application soon and hope to offer it soon.” Many observers had expected a location-based feature to have been launched at the recent F8 conference.

It’s thought that the company is planning to integrate location data from sources like Foursquare and Gowalla into the service, although it has not given any firm details of exactly what it will be offering, or how developers will be able to hook into it.

Earlier in the day, The Guardian reports, he enthused about how the latest version of Spotify uses Facebook integration to socialise the user experience and revealed that research shows many users now navigate Facebook purely by using the faces of their friends and family.

Zuckerberg started the day by rubbing shoulders with the country’s politicians and apparently advising them on digital engagement.

Given Facebook’s track record on misjudging its users’ views on issues such as privacy, maybe the government shouldn’t be taking his advice too seriously. Zuckerberg supposedly met the Prime Minister, David Cameron briefly. Sadly, no photos of the moment have materialised on the 10 Downing Street Flickr account yet.

Aside from government top brass, one-on-one access to Zuckerberg was limited. Channel 4’s Benjamin Cohen suggests this might be due to Facebook being “More cautious about the way that their CEO is used.” After his recent, uncomfortable interview at D8 in New York, there may well be some truth in that.

At the developer event, it seems, he was far more relaxed. When he wasn’t talking shop, it appears Zuck took some time to make a few geeks’ days by posing for photographs.

Read next: The Future Of Electronic Reading