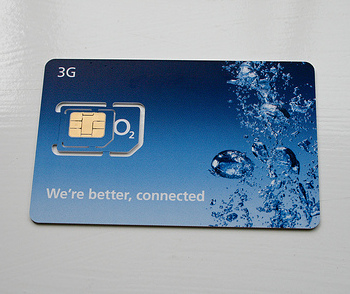 When UK mobile network O2 announced last week that they were ditching unlimited data deals, the outrage amongst the company’s customers was palpable. Now some of them have decided to do something about it.

A protest, called O2 Data Day, is being planned for 24 June, when the organisers hope that O2 customers will consume mobile data all day to show just how angry they are at the change.

One of the main supporters of the protest so far has been Cheshire-based Arron Hirst. “The general feeling on the whole matter is that O2 have been both hasty and unthoughtful in their decisions to introduce a cap onto their data plans.” Hirst, tells me. “While customers understand the network is buckling under the amount of users using data on the network, it begs the question why O2 can’t simply upgrade their networks to counterbalance demand.”

O2 Data Day was originally called for over the weekend by a Twitter user who has since renounced the plan, claiming it was a joke; he has also asked not to be named. Despite being rejected by its creator, the hashtag #O2DataDay was gaining momentum on Twitter yesterday, suggesting that the protest may go ahead anyway.

Other Twitter users, however, are critical of the plan. A popular retweet this morning notes: “How bloody stupid can you get? To protest against new O2 tariffs, people are asked to bugger up network, thus proving O2’s point.”

Hirst, meanwhile, insists that the protest is not intended to bring down the O2 network. “If that happens as a side-effect of the hashtag it will only strengthen the point of the customer… As I understand it, the purpose of #O2DataDay and what it originally stood for, was to show O2 UK that customers have a voice and they won’t just sit down and take whatever tariffs O2 think we’ll sign up for, especially when referring to contract based tariffs.”

The protest is a move that mirrors a similar protest against AT&T in the USA last year which also started as a joke. ‘Operation Chokehold’ was a satirical idea suggested on Dan Lyons’ The Secret Diary of Steve Jobs blog. Some users took it seriously, however, and there were fears that AT&T’s network would be seriously affected. The carrier later claimed that the protest had “No impact”.

O2 Data Day isn’t planned to take place until 24 June. Even if it does continue to gain momentum, it may become pointless by then. As Hirst says, “Other UK networks are yet to show their hand on iPhone 4 tariffs – and who knows, all may still follow O2’s lead on introducing capped data, in which case #O2DataDay will become completely irrelevant.”

“We’re introducing a more transparent way of charging our customers for data that reflects changes in people’s behaviour; a model where people who use the largest amounts of data will pay for it. Most people will pay the same and get a better service and experience.”

Read next: TripAdvisor goes social. Plan your trip with help from your Facebook friends.