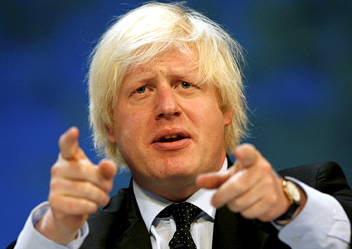 The Mayor of London, the eccentric Boris Johnson has promised that “every lamp post and every bus stop will one day very soon, and before the 2012 Olympics, will be wi-fi enabled.”

Speaking at a Google Zeitgeist event held in Hertfordshire, Johnson said this was part of The “Wifi London” project, and was in effort of turning London into the technology capital of the world.

“Tim Berners-Lee, who invented the internet, was born in London, so we claim paternity of the internet,” the Mayor said. “London is the home of technological innovation. We in City Hall are doing our best to keep up, and one of our most important projects is called Wi-fi London.”

Twenty-two London boroughs have signed on to the plan that would rely on existing poles to provide power and lighting.

In November of last year Swindon became the first UK city to install free wifi for its residents. I wouldn’t expect the same from London. In fact, I’d rather pay if it means keeping the quality up to a moderately good standard. We shall see.

Read next: Twitter's iPhone App About To Go Live in App Store