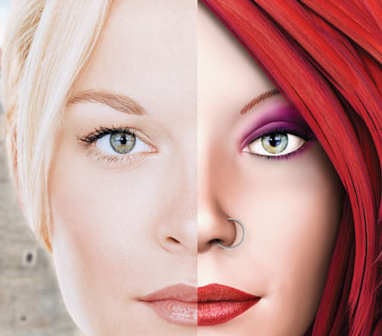 Editor’s Note: Phil Jones, Sales and Marketing Director of office products specialist Brother UK is a keen user of social media and an early adopter of technology. Phil recently chaired Death of Distance, a unique mixed-reality debate organised by Corporation Pop, on whether the use of cutting-edge technology can change the nature of collaboration.

Panel members attended the debate either as avatars or by live video conference link streamed into the virtual 3D auditorium. This post is Phil’s view on the practical reality of virtual worlds and the pros and cons for the global business community.

Two years ago, virtual worlds and Second Life were the darling of the digital marketing world. Hype and more hype was followed by multimillion pound investments by global consumer and B2B brands, which promptly built virtual “brand assets”, such as islands that no one visited.

In short, the exercise was a great white elephant. Fast forward a couple of years, and after a major reality check, companies are now looking again at virtual worlds, and the practical uses for the technology.

Of course, to paint the picture that the first wave of early adopters were a complete failure is unfair on those who were brave enough to test out the technology. There were some real success stories.

The current situation in Second Life is that around 700,000 unique monthly users spend more than one hour ‘in world’ per month, with around 60,000 online at any one time. Businesses actively engaged include IBM, Intel, the NHS, BP, Dell, Diageo, Ernst & Young, Unilever, Philips.

Of the estimated 800 million virtual world accounts today, nearly two thirds belong to under 16 year olds. For these Generation Zs, or digital natives, virtual worlds blend seamlessly into the rest of their online experience.

Gartner research states that by 2012, 70 per cent of organisations will be using virtual worlds to support internal collaboration and social interaction. From my perspective this is a hugely optimistic estimate as many are only just waking up to social media tools like Twitter and Facebook, let alone virtual worlds.

How virtual worlds are being used today The reality is that virtual worlds are now seen as a niche B2B marketing tool with a multitude of uses, including maintaining contacts with geographically dispersed clients and employees, demonstrating prototypes of new products, simulating customer service scenarios, providing remote consultancy as well as managing meetings, events and training. Consumer brands have largely turned their back on the technology.

IBM and BP can both show excellent return on investment from their forays into virtual worlds. Neil Katz, a ‘Distinguished Engineer’ at IBM was a virtual delegate at the Death of Distance event and he recently ran a world conference in Second Life. IBM states that the ROI for the ‘Virtual World Conference’ was roughly $320,000 and that it was executed at one-fifth of the cost of a real world event – and no jet lag.

Joe Little, Senior Technology Consultant at BP International, attended the Death of Distance event virtually. BP was one of the few early adopters of the technology that did not get their fingers burned in the experiment. They use the technology in a range of ways and one successful example is as part of a training strategy. Their project managers even ‘graduate’ virtually.

The death of distance?

After experiencing virtual worlds, my take is that the technology is impressive and can be a very useful tool in the CEO’s armoury, it may not impact in the short term. However, you can’t deny it has its uses.

On the downside, the set up of the virtual world still took a lot of technical knowhow – something which is a barrier to entry for some companies.

You have to control an avatar, which can be distracting in a mixed meeting environment, particularly with complicated topics. In the future I’ve been told that avatars could be controlled by a user’s own movements so they can interact with others in the virtual worlds. I would want my avatar to be able to sense my tone of voice, emotions and body language. Communication is after all 90 per cent non-verbal.

Compared to video conferencing I would miss the ability to read body language, and see the actual face of those involved in the meeting or event. In the future, avatars’ faces will more accurately represent and mimic the expressions of users. But then again proponents of virtual worlds believe that the anonymity of the avatar is one of the technology’s benefits.

That constructive criticism aside, the Death of Distance debate was much more interactive than a traditional conference, and some of the delegates felt much more inclined to ask me a question, thanks to the anonymity of their avatar. I speak at hundreds of events a year and I often find delegates are very reluctant to ask questions. Let’s face facts: people don’t like asking questions in person in case their point of view is derided openly.

There was also a Twitter backchannel and instant messenger providing feedback and questions. I found the interaction from the virtual world valuable and as a communication tool I can see how this technology could have its commercial uses. All in all, the debate was like no other debate I had ever experienced before.

I can see how the anonymity of virtual worlds like Second Life will appeal to many people, and it could well have its uses as a training or team building tool. Brother UK has 30 per cent of its staff out in the field and, for example, I do think that a Friday afternoon get together and team building session in virtual worlds might assist in promoting relationships and collaborative working.

People’s reactions to new, and perhaps bizarre, experiences can be more interesting than the actual technology itself. I could learn a lot about a person by their reaction to new challenges. British Prime Minister Harold Wilson put it so well, “He who rejects change is the architect of decay. The only human institution which rejects progress is the cemetery.”

In summary I think that virtual worlds are one to watch for the future. I salute those companies, such as event organisers Corporation Pop and Northern Net, along with the platform owners Linden Labs, who are using the technology now – they are brave pioneers. I too might use it with my team, but the reports of the ‘death of distance’ are a little premature. It is safe to say, however, that because of virtual worlds ‘distance’ is perhaps a concept which is getting ill.