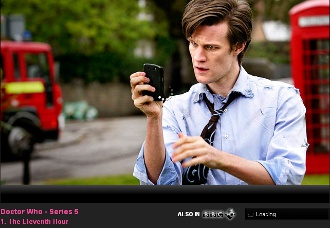 TV fans outside the UK, get prepared to be frustrated by your Twitter friends in Britain.

Paid Content has made an interesting little discovery – the BBC appears to be actively testing a Twitter sharing feature for its iPlayer online TV and radio player.

Judging by the tweets from iPlayer engineers, users will soon be able to recommend TV and radio shows via Twitter. It’s not a major feature but it does show that the BBC is looking to add a social dimension to its hit service.

The problem? The iPlayer is geo-locked to the UK. Try to use it elsewhere and you’ll find yourself hitting a brick wall. That’s a common problem with online TV services which suffer regional license agreements for everything from actors’ payments to royalties.

So, imagine just how frustrating this new feature will be when iPlayer users in the UK start recommending the latest episode of Top Gear or Doctor Who, only for those abroad to find that they’re unable to watch.

Still, there may be a small silver cloud to the situation. The more people that are aware of, and frustrated by, regional limitations on online media the more likely we’ll see a brave new future of globally licensed, available to all TV, radio and movies on the web.

Are we being optimistic? Maybe. For now, those of you outside the UK will have to be as annoyed by tweeted iPlayer recommendations as we in the UK are by embedded Hulu videos that won’t play.

There’s no word from the BBC about an official launch for the iPlayer’s Twitter integration, or indeed if actually it will surface at all.

Read next: This Is How Your Car Runs