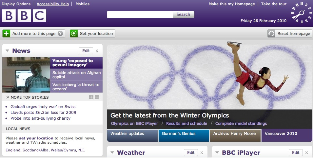 The Times is leading today with a claim that the BBC is to close half its website as part of a dramatic round of spending cuts.

The move, which would also see the closure of digital radio stations 6Music and Asian Network, is reportedly to be announced by the corporation next month.

While there are no details as to which specific parts of the BBC’s vast web offering would go, it appears two youth-targeted projects Switch and Blast, both of which have large websites, would be closed.

Cut or be cut?

If The Times report, apparently drawn from sources within the BBC’s governing body the BBC Trust, is correct its timing is interesting. With Britain fast approaching a general election that many expect will be won by a BBC-sceptic Conservative Party, the BBC could be looking to strip as much ‘bloat’ from its vast cross-media offering before the Conservatives do it for them.

Indeed, the BBC plans were reportedly drawn up by John Tate, who previously worked on the Conservative manifesto during the last general election in 2005.

The recession has hit the advertising business hard, leaving many of the BBC’s commercial rivals struggling. The argument behind these reported cuts is that they will give more room for other broadcasters and web firms to operate without competition from a rival with the “unfair advantage” of being publicly funded. The question remains as to whether the commercial sector would want to replace many of the BBC’s smaller services. Many of them are niche offerings aimed at small audiences that probably wouldn’t be profitable, or the kind of research and development projects that are actually useful to commercial rivals as they forge a path for others to follow.

Then there are the big projects with significant web presences that bring huge added value to their audiences. The recent Virtual Revolution series comes complete with a website that offers uncut videos from the series for users to reedit – would the private sector really offer that kind of functionality to the public?

The BBC has not commented on The Times’ report as yet.

UPDATE: BBC 6Music’s small but fervent fanbase has already taken to Twitter in protest of the proposed cuts. The BBC’s Jem Stone has just tweeted: “Following *that* speculation now seeing that #save6music is attracting a tweet a second”

Read next: Five Ways Bing Is Better Than Google