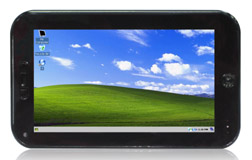 The likes of Facebook, BBC and Yahoo are this year’s most searched websites in the UK on Google for 2009, with celebrities dominating Google news search.

The search, carried out annually by Google’s Zeitgeist, showed that the number one website searched was ever-expanding Facebook, followed by Youtube and the BBC. The results also show that Twitter is an extremely fast riser on the search engine, being searched over 3,000 times more than Facebook.

People were also quick to look at the lastest in news and celebrity. With the hype surrounding Swine Flu, this was naturally the most common news search on Google. However, this was followed by a huge surge or celebrity, possibly due to the deaths of big household names such as Michael Jackson. Rihanna and Chris Brown also made headlines earlier this year when Brown was sentenced with assault towards the RnB megastar.

Google spokesperson Anthony House said: “People searched about new sensations like Lady Gaga and Susan Boyle, but they also turned to the web to learn about the deaths of Stephen Gately, Jade Goody and Michael Jackson.”

Back in 2008, the most commonly searched website was the bbc, due to the BBC iPlayer, and the top news search was the Large Hadron Collider (the world’s largest particle accelerator) followed by President Obama.

Read next: UAE multimedia portal going live.. on your TV?