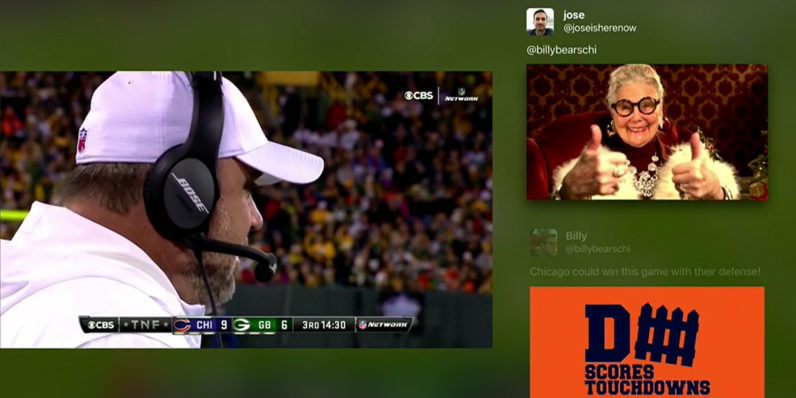 Twitter has been making the big push into video this year, striking deals with broadcasters for live content, including sports and the US elections. Now Twitter is bringing live video to Android TV.

It’s NFL deal for streaming Thursday night games is likely the most notable bit of live content on right now, but as Android Police points out, the league is already more than halfway through its season.

Of course, the app displays a feed of tweets to go with the live video. You can’t tweet from the app, but I can’t imagine why you’d want to do that with your TV remote – might as well just get your smartphone.

Otherwise, the app lets you browse a “today on Twitter” section with popular tweets and photos, as well as live videos from Periscope.

Caveats aside, if have an Android TV and want to watch some American football for free – alongside a motley of fan commentary – now you can. Just search for ‘Twitter for Android TV,’ or check out the source link below.

Read next: This $5 device can hack password-protected computers in just 30 seconds