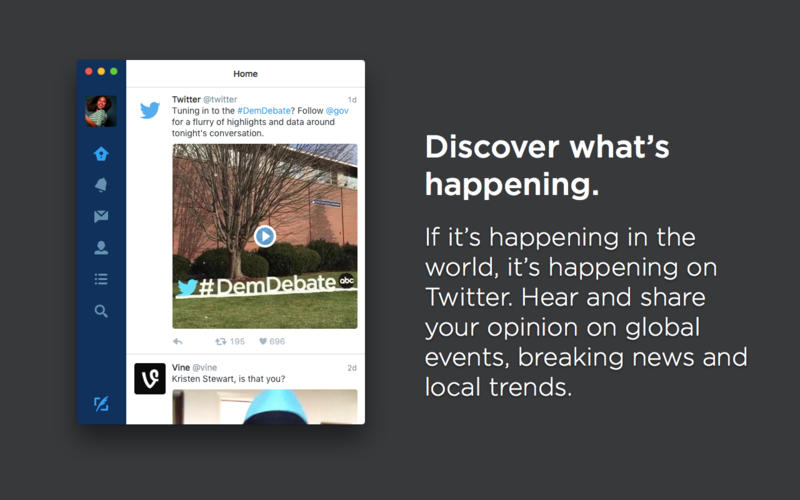 I’ll be honest: Twitter for Mac has been trapped in a void of suck for a long time. I mean like, annoyingly bad for an unacceptable amount of time. It seems as Twitter has advanced in features and capabilities in mobile and Web, its Mac client has been frozen in carbonite.

Twitter has finally launched the much-anticipated update to its Mac client, optimized for OS X El Capitan, which brings it up to speed with its mobile and browser offerings. Now supporting group DMs, GIFs, integrations with notification center and a snazzy new dark mode, among other improvements, it might actually be worth the real estate on your computer.