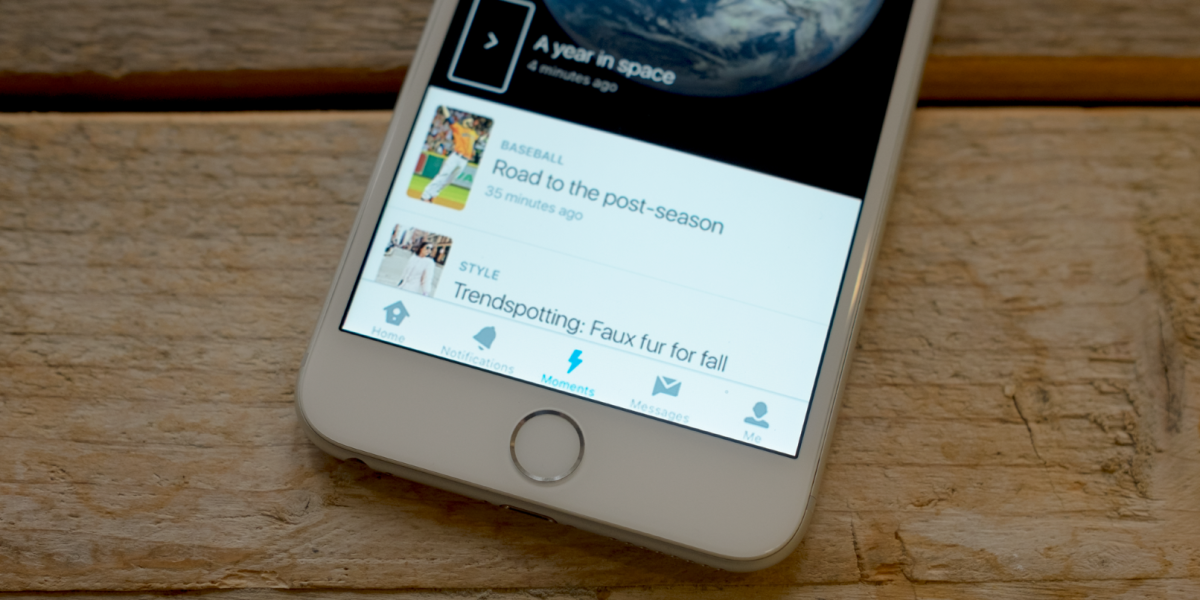 Credit: Owen Williams / The Next Web

Twitter has launched its Moments feature in the UK today, allowing selected members of the British media and the social network’s staff to collate tweets that encapsulate the story of a particular time or topic for a more comprehensive look-back.

The feature launched in the US in October and was expanded to its first country outside North America with its launch in Brazil last month.

Now, users in the UK will start seeing the option pop up too.

The Moments are being curated by Twitter’s hand-picked team made up of ex-journalists. The company said it also uses surfacing tools like Dataminr to discover breaking news stories across its network.

As in the US, Moments is also accessible by a number of media partners, but Twitter says it has deliberately selected particularly British institutions to bring relevant, local stories. Among the launch partners are VICE, Have I Got News for You,  Premier League, Glamour magazine, The Sun, Sugarscape, Food Network, Sky News, The Economist, the Met Office, Popjustice, Global Radio, Vevo, BT Sport, Empire, Sky Sports, STV and Buzzfeed UK.

While it’s been relatively limited in its reach so far, it has been put to some great uses – like showing solidarity over the Brussels lockdown and calling out politicians when they make public statements that go against their political intent.

As Twitter seeks to become a place that people can read about the news that’s already happened – rather than tracking it as it happens – the feature will continue to roll out to new territories.

That’s not to say Twitter users are necessarily that happy about how the feature is being implemented, however.