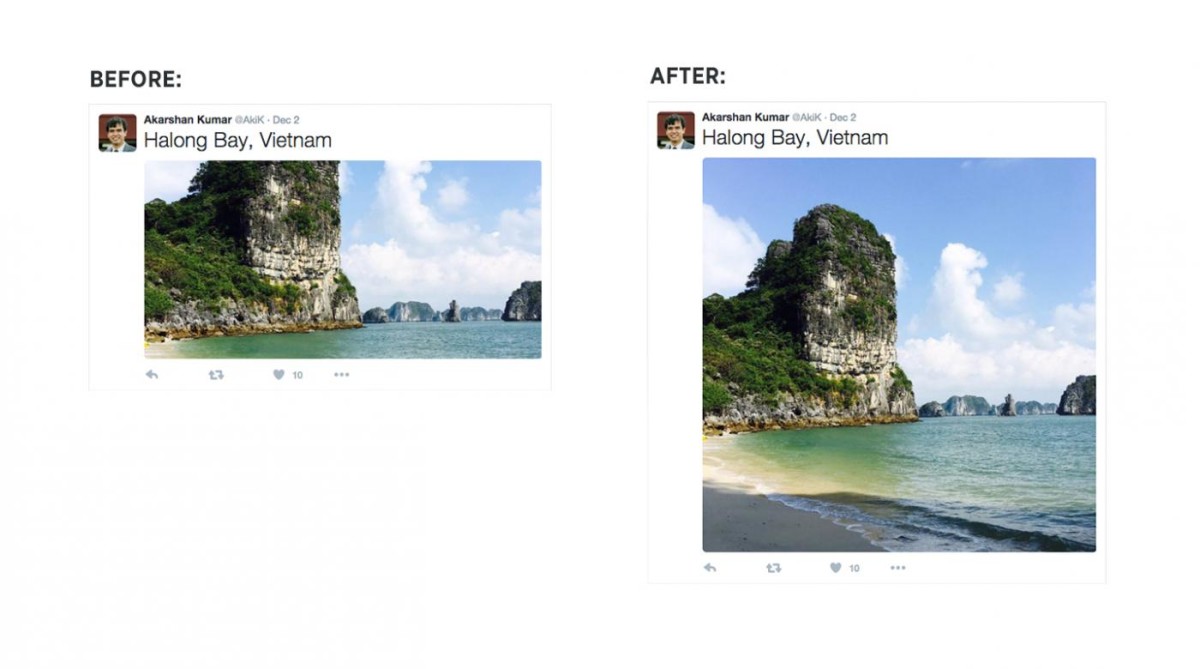 Twitter is making a small but noticeable change to the way your feed looks: images will no longer be cropped.

Previously, Twitter presented images in a 2:1 landscape aspect ratio to help minimize the amount of space images would take on your feed, but now they show up in their full glory. It’s retroactive too: scroll down your feed and you’ll see previously cropped photos will now use their original aspect ratio.

Explaining the change today in a blog post, the company said that some of the best moments on Twitter “are when you see the world through someone else’s eyes,” moving away from its original all-text history.

In a similar vein, the company is redesigning how it displays multiple photos in a single post. Aside from being larger overall, the new look is more akin to Facebook’s album displays, with one large highlight image flanked by smaller displays of the rest.

Both updates will make images much more prominent on the platform, and also help them stand out more against Vine posts, which have always taken up more vertical space thanks to their 1:1 aspect ratio.

The change begins rolling out today on Twitter.com. Though the company doesn’t specify when, we imagine mobile apps will follow soon enough.

Update 10:47 AM EST: Turns out ‘uncropped’ might not always be correct; Twitter appears to be limiting vertical photos to 1:1 square dimensions. That’s still much larger than before, but it’s not technically ‘uncropped’. We’ve contacted Twitter for more information and will update this post when we hear back.