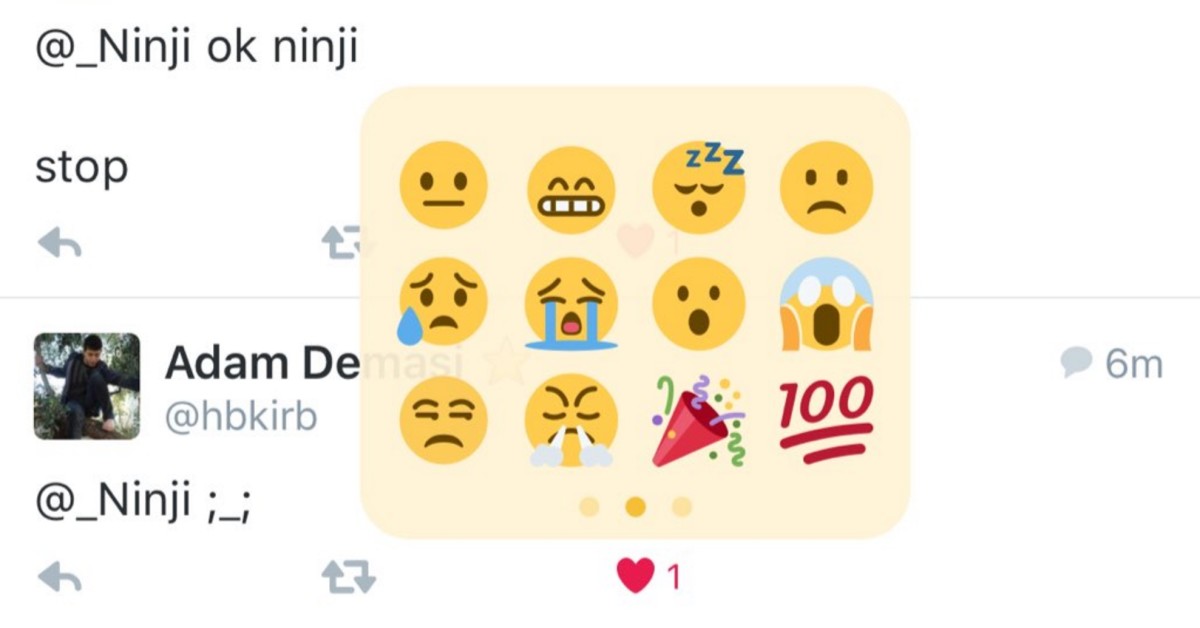 Twitter may have changed its star button to a heart recently, but it looks like you’ll soon have multiple other ways of reacting to posts. It appears the company is looking at using emoji to provide a wide variety of tweet reactions.

Twitter user @_Ninji spotted the change after a hack that forces all test features to be turned on in a developer build of the iOS app. Clicking the like button opens up a variety of floating emoji icons you can browse through.

That said, the feature is still a very early implementation; @_Ninji says clicking on an emoji causes it to disappear and revert to the heart instead.

If you haven’t been keeping up with your social media news, Twitter caused quite a bit of furor when it changed its star-shaped ‘favorite’ button to a heart indicating a ‘like.’ Many users decried the change, but Twitter insisted it has already seen positive results.

Emoji could work as a solid compromise by covering a wider range of emotions than either button could. Recently Facebook indicated it would use emoji for reactions in lieu of a ‘dislike’ button, but that only covered seven different sentiments.

Twitter on the other hand, appears to feature about 36 emoji on the iPhone app. It appears the app will first suggest four icons to pick from, after which you can click on a ‘…’ button to access three pages of emoji.

Read next: Rdio is shutting down as Pandora acquires key assets