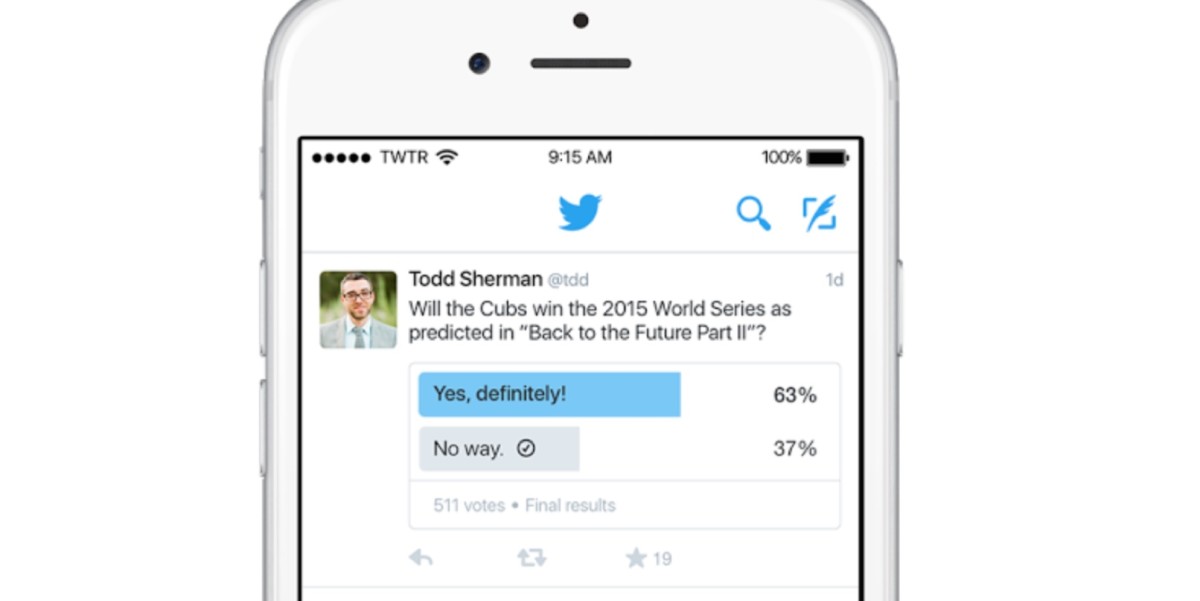 Soon, you’ll be able to add your own poll to a Twitter post. The company is announcing all users will soon have the functionality, which even lets those who’ve interacted with your poll know when it’s over.

A poll must be two choices, so get your “yes or no” scenarios lined up. Polls stay active for 24 hours.

When a poll is finished, those who voted may get a push notification to check out the results (Twitter takes into account your notification total and won’t bug you about a poll if you’re swamped). All votes are kept private, too, so nobody will know you really do like Taylor Swift.

We saw the feature in testing for some users last month, but now it’s rolling out to all. As we noted at the time, polls change Twitter’s character as a platform, adding interactivity to tweets and providing users with the potential for easy-to-parse feedback from followers.

Polls are created in the tweet composer, and will roll out to iOS, Android and the desktop over the next few days. Once you see the small poll creation icon in your tweet compose window, please feel free to create your ‘are Twitter polls awesome?’ post straight away.

Read next: Win a ticket to TNW USA! Meet top entrepreneurs and innovators